Afia Schwarzenegger after describing Lawrence Abrokwah, her ex-husband as a ‘Borla goods’ (Rejected Goods), has released a hot semi-n*de photo to tease the husband and the new girlfriend, Kezia Dua.

After Afia Schwarzenegger divorced the husband, nothing was heard from Abrokwah until news went viral that she is now dating some wanna actress called Kezia Duah.

Both Kezia Duah and Abrokwah have denied the affair, their actions say otherwise. Recently, Kezia Duah in an interview on Adm TV described Afia as an adulterous woman who did not deserve someone like Abrokwah.

She even stated Abrokwah married the wrong choice and Afia Schwarzenegger can in no way compare herself to a virtuous woman like herself.

Afia Schwarzenegger has launched series of attacks on the woman and has done it yet again.

Afia has just posted a semi nde photo of herself on the photo-laden, Instagram. She explained in her caption that she is meant for rich people and not broke guys (As she keeps referring to Abrokwah as). She even added that she is still sxy despite giving birth to 3 kids.

She captioned the photos:

Some meals are not for broke ass Niggas … I mean this is Asikafuor Aduane…Sexy born 3 Okurrrrrrr….how u wish, I am your fucking walking wishlist Medaase. 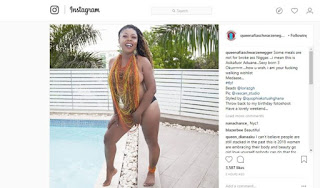 Sun Jul 29 , 2018
Female artiste Sista Afia who came out with a hit song featured by Shatta Wale has disclosed that she had nothing to do with shatta wale before featuring her on the jeje song. Speaking with Anold M. Alavanyo in an exclusive interview on vibes in 5 show which is trending […] 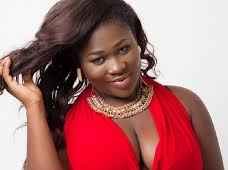