The Western Regional Minister, Kwabena Okyere Darko Mensah who doubles as the MP for Takoradi Constituency has assured residents as well as indigenes of Tarkwa that government will be fixing their deplorable roads in two weeks.

The Minister, in his address on the floor of the Western Region House of Chiefs yesterday, stated that Takoradi-Tarkwa road cannot miss government’s attention.

The 16 Kilometers road he said has been awarded to Asabea Engineering Limited for re-engineering and asphalting. Work begun on the road in 2016, with concrete drains constructed along its shoulders, but was suspended due to some contractual difficulties but in 2018 it was repackaged and officially awarded to the construction firm.

The anger of residents could be seen clearly through the series of demonstrations which in recurrent times have been witnessed in Tarkwa all in a bid to draw governments attention to the road.

Taking cognizance of these concerns, Hon. Kobby Darko Mensah told the chiefs that “the biggest challenges facing the region is bad road network which has been at the center of issues since I resumed office. I want to assure you that most of the road in the region will be upgraded as some of them have already been awarded for work to begin.”

Thu Jul 4 , 2019
PRESS RELEASE ASEPA TO PETITION SPECIAL PROSECUTOR OVER ROT AT NURSES AND MIDWIFERY COUNCIL- CEO ABUSING NURSES’ FUNDS ASEPA has recieved several complains about the high level of corruption and abuse of office currently happening at the Nurses and Midwifery Council(NMC) Some preliminary investigations conducted by ASEPA has revealed […] 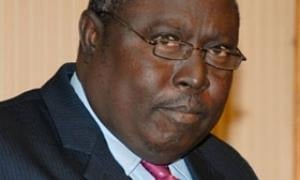