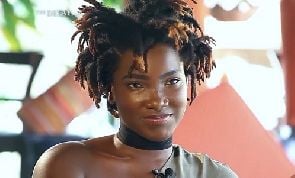 The head pastor and founder of the True Word Prophetic Fire Ministry located at Achimota mile 7, Prophet Nigel Gaise claims God has revealed to him two persons who are responsible for the death of sensational dancehall artiste, Priscilla Kwarteng famously known as Ebony Reigns.


According to him, he knows two people who killed Ebony but he will not mention the names in reverence of the dead songstress. He said God revealed to him how and when dancehall artist Ebony was going to die as well as the individuals who were plotting the said act.

“I know the very people who killed her. Two people killed her… for the respect of the death, I will not mention the names of those people ” he alleged.

It was reported that on the 24th November, 2017, prophet Nigel Gaise vividly stated the songstress Ebony will die through road accident if she does not change her ways, but she did not pay attention to the prophecy by going to him or other true men of God for prayers in other to avert it.

“The Lord opened my eye. That singer called Ebony, she has a short life. I saw her having a fatal lorry accident. That singer called Ebony, we are the prophets of the nation. Hear me and hear me. If she does not change her ways, it will come to pass. She will die like the way Suzzy Williams died when you expose yourself, you give out for evil spirits who don’t have the license to come and infiltrate you”


The dancehall artiste, died in a fatal car accident Thursday night at Nyamebekyre near Mankranso in the Brong Ahafo region.

Ebony and two others died when their Jeep collided with a VIP bus. The driver is said to be on administration at the hospital.

The prophet who has had several prophecies by him come to pass confirmed how he prophesied death of a Ghanaian, musician Kaakyire Kwame Appiah together with Ebony but he took it seriously, went to him for prayer and it was averted.

He, therefore, implored Ghanaians not to take some prophecies for granted in order to avoid the consequences that may befall them.
How pastor predicted Ebony’s death