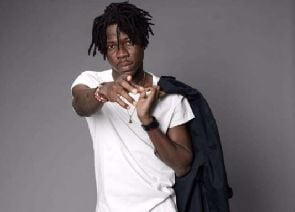 Stonebwoy
In an official letter addressed to Charter House, Zylofon Records indicated that as part of their contract agreement, whatever engagement Stonebwoy has must be communicated through them.Meanwhile few hours after Zylofon served the letter to Charter House, Stonebwoy shared a poster of the VGMA nominees jam, in which he has been featured on his Instagram page with the caption: “Unstoppable”.Thus, he has indicated that there is nothing Zylofon Records can do to stop him from performing at the event.
His post also suggest that Stonebowy no longer sees himself as part of the record label. Everything had gone on smoothly for him at Zylofon Records until the joining of Shatta Wale sometime in January this year. Stonebwoy had felt insecure and threatened at Zylofon, clear signs that he wanted to opt out of the deal.He recently had a brawl with Zylofon Records, specifically with Bulldog. Meanwhile, Stonebwoy and Shatta Wale are currently caught up in a ‘beef’. Stonebwoy had called Shatta Wale a “comedian” and Shatta responded by calling Stonebwoy a “one-legged” cripple.
Source: yen.com.gh
Facebook
Twitter
Pinterest
LinkedIn

VIDEO : Ebony has revealed names of her killers to me – Eagle Prophet

VIDEO:I had a crush on Micheal Essien – Christabel Ekeh