VIDEO : ‘I have slept with over 40 men a woman’ confess at Bishop Obinim Church 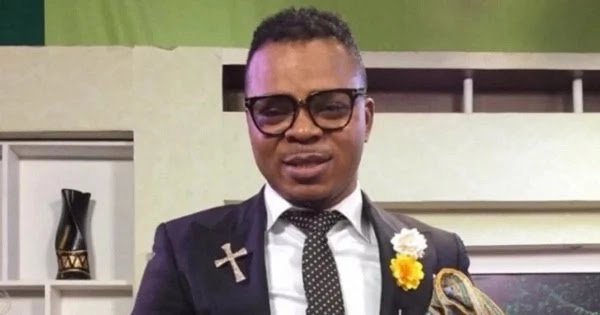 A curious video of the head of the International Godsway Church (IGWC), Bishop Daniel Obinim. In the video, ‘Angel’ Obinim, as he now refers to himself, is seen asking his congregants to make confessions as to the number of sexual partners they have had in their lifetime. While many of the congregants, both men and women, gave figures which could be said to be normal, there were a few eyebrow-raising confessions. Bishop Daniel Obinim One lady who said she is a married woman confessed to having slept with about 40 men in her lifetime.

According to her, she lived in ‘ghetto’ where she sold and used hard drugs, dealt in fake currency, among other vices before she repented hence the high number of her sexual partners. Another one, currently heavily pregnant, also revealed that she had intercourse with a staggering 100 men. In her case, however, she revealed that she was working as a prostitute before seeing Christ. [Guess you know what she means].

“Today God has allowed me to see people who have really suffered in life and it will help me to know how I deal with them going forward,” he said.

Interestingly, Bishop Obinim looked and sounded more excited about the confessions with a higher number of partners. Often described as controversial, Bishop Obinim is noted for such “unusual” ways of ministering. He recently came under a lot of public criticisms after he asked his congregants to bring their underwear so he prays over them as a “direction” from God.

VIDEO : Ebony has revealed names of her killers to me – Eagle Prophet