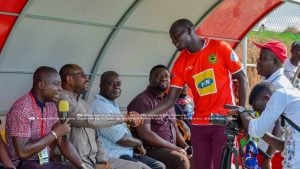 The former Kariobangi Sharks player arrived in Kumasi last Sartuday and headed straight to the Club Adako Jachie training ground where he met his new teammates and technical team.

Speaking after observing the team first training, the Ugandan striker revealed he joined Kotoko because of the foundation and philosophy of the club. He also thanked the management of the club for having trust in him by making it possible for him to play for one of the biggest club in Africa.

“First of all I need to say thank you to Kotoko for trusting in me and giving me the opportunity to play for one of the biggest clubs in Africa.

“Me coming to Kotoko is because of the foundation of the team, if you look at the philosophy, facilities and their fan base is very impressive. It’s big honor for me to play for Kotoko. I am here to give my best for the team”.

George Abege is expected to lead the attack of the Porcupine Warriors as they search for their third CAF Champions League triumph in August.

The 26year old lanky Striker will officially start training for the Porcupines on Monday as the team prepares for the CAF Champions League in August.

NDC has branded me a TRAITOR – Koku Anyidoho

Mon Jul 15 , 2019
Former Deputy General Secretary of the opposition National Democratic Congress (NDC), Koku Anyidoho has revealed he has been branded a traitor for refusing to join in the bandwagon to insult the Ghana Police Service. “I said I would not insult so I become a traitor because he will […] 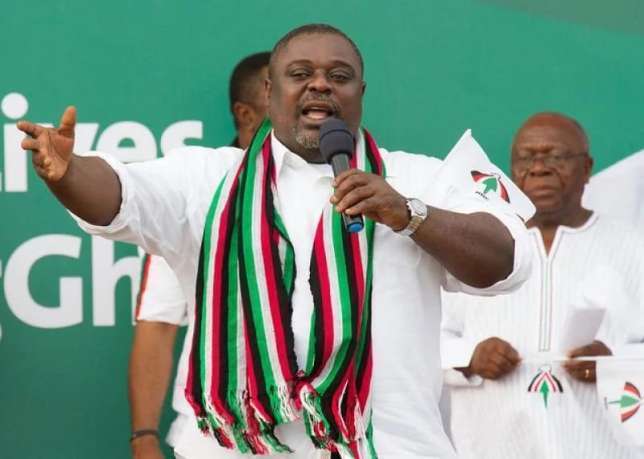