Life is not smooth sailing. It is a combination of good and bad times, highs and lows, peace and trouble but you get through it; you survive. But the question is, how can you use adversity to be strong and to move forward?

A Member of Parliament (MP) for Builsa South, Dr. Clement Abas Apaak has revealed his plans of surviving under the unbearable economic hardship of President Akufo-Addo’s administration.

According to him, the situation has compelled him to venture into music, which he believes will enable him to rake in some monies to survive in such harsh economic condition which has been brought about due to economic mismanagement by the New Patriotic Party (NPP) government.

“I will soon come out with a single, you have to look for alternative means of surviving. It is about survival so you have to do everything possible to survive as long as it is lawful and legal”, he told Kwame Nkrumah Tikesie on Okay FM Wednesday.

He said this on the back of Tuesday’s demonstration dubbed Kum yen preko [Kill us now] organized by the Committee for Social Justice, a pro-opposition group.

Dr. Clement Apaak who’s the Ranking Member on Parliament’s Education Committee also touched on the education sector, saying the government’s not well thought through policies have caused many problems for the sector.

He questioned the government’s claim that 804 structures are being completed before September 2019 as part of the effort to eliminate the double truck system.

“When did this 804 projects start, which contractors are building this 804 project, which regions are these projects located. GETFund contractors have come out to say that if the government does not pay them by September 2019, they will shut down 766 projects that they have constructed along the length and breadth. Juxtapose that with what government is saying, who is telling us the truth? is it the GETFund contractors who are prepared to shut down 766 or is it this government which claims 804 projects are at various stages of completion to ease of the burden of the double track system,” Dr Apaak asked?

Fri Jul 12 , 2019
Award-winning rapper, Marthin King Arthur, better known by his stage name, Kofi Kinaata still keeps to his words that he doesn’t agree that Castro is dead. He said this over and over again Speaking on the Friday segment of Hitz FM’s Daybreak Hitz with Andy Dosty, the Fante […] 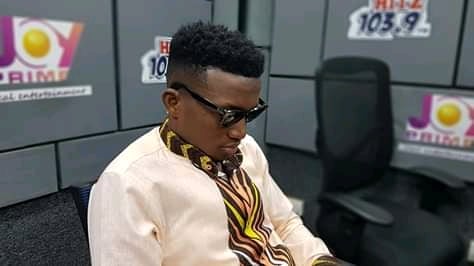