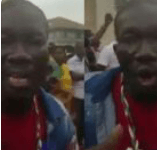 A man who was part of last Tuesday’s “Kum Yen Preko” has justified his decision to join various groups in the exercise because he can no longer buy Tramadol under the current dispensation.

“Under John Mahama regime we used to buy Tramol for one cedi, under Akufo-Addo’s regime it has gone straight to ten cedis. If you have no ten cedis, go get yourself a sleeping place. We use other alcoholic beverages to check the Tramol”, he revealed in a video sighted by MyNewsGh.com.

Thousands clad in red on Tuesday joined the Coalition for Social Justice (CSJ) for a demonstration against what they described as hardship, insecurity and oppression experienced under the current Akufo-Addo administration.

Earlier in a statement, former President John Dramani Mahama issued a statement backing the demonstration. He said “Our country is on the downward trend, with an unbearable increase in the cost of living; the citizenry doesn’t feel safe and yet Government continues to oppress and intimidate the people including journalists. This state of affairs is a threat to our democracy especially as the moral society remain unconcerned and surprisingly silent on the developments in our country, Ghana

I welcome, endorse and I encourage all to step out tomorrow and join the #Kumy3npr3ko demonstration organized by the Coalition for Social Justice.

There is a lot of pent-up anger among Ghanaians and it’s beginning to manifest even among the security services. This manifestation gives all the allied groups participating in it, the opportunity to vent.

I’m going into music to survive – Member of Parliament Reveals

Fri Jul 12 , 2019
Life is not smooth sailing. It is a combination of good and bad times, highs and lows, peace and trouble but you get through it; you survive. But the question is, how can you use adversity to be strong and to move forward? A Member of Parliament (MP) for […] 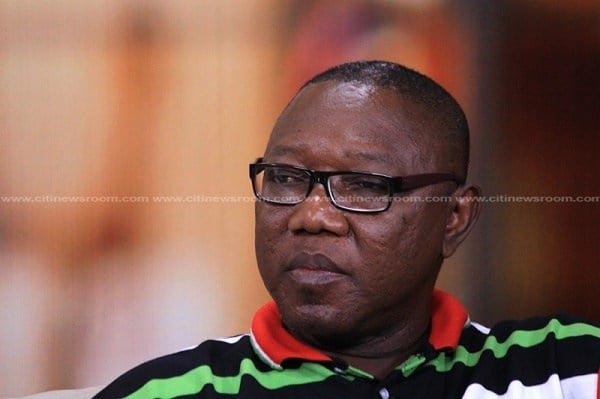