Music researcher Nana Kwaku Odoom Amoah has made some shocking revelations about the death of dancehall diva Ebony and has accused songwriter Bullet who doubles as the CEO of Rufftown Records of stealing “Uber Driver and Masakra” songs for his artistes.

This comes after the music researcher took to his social media page to accuse Bullet over song theft.

Speaking in a phone interview with him on “Showbiz Agenda” on Zylofon FM 102.1, he told the host Samuel Atuobi Baah known as Sammy Flex that he does not hold any issue with Bullet but he is just protecting the intellectual property of other artistes.

“Bra Sammy, I have no issue with Bullet but let’s be frank. You play the song and compare it to Wendy’ s uber driver and masakra, there is no difference. Even if it is the uber driver that has difference, the lyrical content of the masakra is just the same as the asore track of Kay Wusu. He stole both of them from the same link” he narrated.

He further claimed that the late Ebony had no driver and was driving by herself when the accident happened.

*Thanks for joining us*

According to him, there was no security protecting the late Ebony but the military man who was involved in the accident was travelling on his own.

“Bra Sammy who told you Ebony had a driver? She was driving on her own. Bullet has a bad managerial skills. I don’t just want to remind her family of the pains. The mad men who came from the bush after the accident with the whistles, what did they do to them. Ask Bullet whether he knew the soldier man and if he says yes, ask him where? The soldier man wasn’t protecting Ebony but was travelling on his own.

“After the accident had happened, some mad men came from the bush with whistles and went up and down 4 times and were no where to be found. Ebony had no driver but even if he says she had a driver, ask yourself where is the driver Bra Sammy. When the accident happened, i had a camera in my car but i felt the pains to the extent that i could not even take pictures” he claimed.

In addition to this, he further revealed that there is a real Fantana before the demise of the late dancehall diva Ebony and the new Fantana is not the original Fantana.

“Bra Sammy everybody in Abkekuma knows the real Fantana. She was with Bullet before Ebony died. The new Fantana is not the original Fantana. I can get you the number and pictures of the real Fantana because i even spoke to her this morning and she was speechless. Bra Sammy as I told you earlier I have no issues with Bullet but I want him to come out and clean his mess. Ask him where Miss Forson and Brella are? Bullet is just wasting our talents in Ghana” he concluded.

Click the link for more information on this story.

Tue Aug 6 , 2019
Musician Mzbel has fired shots at critics over her recent revelation on her past relationship with Maxwell Mensah, the husband of actress Nana Ama McBrown. The “16 Years” hitmaker has come under attack after revealing in an interview that she was ‘tight’ with Maxwell, and their relationship would have ended […] 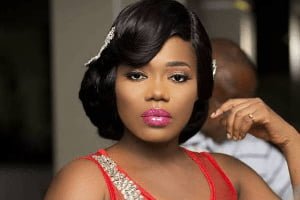