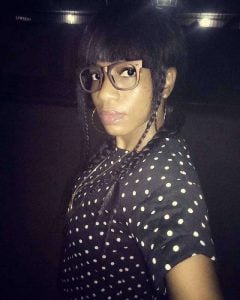 According to the lady,her ex-lover paid the police officers to arrest her, claiming she was so good in bed that he could not find her replacement.

Woman allegedly arrested by police for being too good in bed
An aggrieved Nigerian lady has resorted to social media to narrate how police in her country arrested her on the orders of her ex-lover who claimed she was so good in bed that he could not find her replacement.

The lady identified only as SHESKALM@SHESKALM explained on Instagram that she was compelled to opt out of her relationship with the said ex-lover because he had cheated on her with his cousin and got her pregnant.

She claimed the guy paid the police officers to arrest her, and it was only when her uncles stormed the police station that she was let go.
Read her Instagram post below:
“I have tried so hard to reach out to some people/persons who I believed can be of help, but since I was unable to get access to them let me post it here on my page….. I was on my way home on 1/12/18. 7.15 P.M when I saw 3 men in police T shirt.

“They said I had to go with them to their station that they came to arrest me, I laughed so hard because I thought they were only joking but when I started moving forward one of them grabbed my hand and said ”Are you stupid where do you think you are going?”!!.

“I told them I would not go with them without telling me the crime I committed, so I started shouting that was how a dirty slap came from nowhere and landed on my face. At this point I was shouting, crying and shaking, I said to myself, no, these are not police officers these are kidnappers.

“When we got to their station(egbeda police station in alimosho local govt lagos)that was when I realized that they are real police officers and not kidnappers ….Behold my boyfriend (Ex )pay policemen to arrest me because I broke up with him and he couldn’t get himself another girl who is good in bed, that I’m too sweet and very romantic ….

“This is the guy I broke up with because he impregnated his own cousin. The police were saying I SHOULD TAKE THE GUY BACK BECAUSE HE IS CRAZY ABOUT ME, AFTERALL THEY HAVE TERMINATED THE SAID PREGNANCY, A MAN WILL ALWAYS CHEAT BUT WILL DEFINITELY RUN BACK TO THE SWEETEST WOMAN blah, blah, blah…

“To those policemen here is my questions: (1)how much money did you guys collected to get me arrested?? (2)why did you guys treated me like a criminal (dragged and slapped me) when you knew perfectly well I did not commit any crime?? (3) why did you guys refused to release me until my uncle stormed the station??”

Wed Dec 5 , 2018
It’s already terrible as it is, having the party penniless, months after its kick out from government, they cannot afford to worsen it any further by picking leaders who are financially unstable and incapable of putting the party back on its feet as far as finance is concerned, Central Regional […] 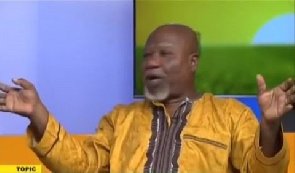