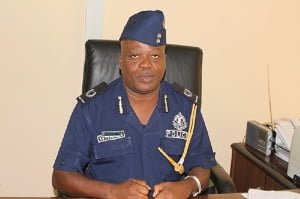 The Director of Public Affairs of the Ghana Police Service ACP David Eklu says the service is open to a second opinion in the DNA outcome of the bodies that were retrieved at Kasawrodo in the Western region.

According to him, the police has nothing to hide in the results that confirmed that the bodies were that of the missing girls.

“The news on the girls isn’t a pleasant one. There are some concerns in the media which we may find difficulty understanding . We deal with the families on individual basis. If the families want the remains for independent tests we won’t object to that,” he told Starr News Naa Dede Tetteh.

It comes after two of the families rejected the outcome of the DNA test conducted by the police.

The Quayeson and Bentum Families whose say they want foreign experts to carry out the DNA test instead of what the Ghana police has done.

Addressing a new conference at Diabene, a suburb in the Sekondi-Takoradi Metropolis in the Western Region of Ghana John Entsie said the affected families never saw the said remains neither were the DNA report shown them before the announcement by the IGP.

First of all we are disappointed in the commander in chief of the Ghana Armed Forces for the manner in which he has handled this whole unfortunate kidnapping story, he has demonstrated to us that ballot boxes are valuable to him done the lives of our sisters.

“If he want us to believe that his hands are cleans in this development, then he should quickly fire CID Boss COP Tiwaa Addo Danquah and Bryan Acheampong for making us believe that our sisters were alive”, John Entsie demanded.

They have also issued a one week ultimatum to the police administration to release the said report to the families to enable them carry out their own independent test or incur their wrath.

The acting Inspector General of Police, James Oppong Boanuh, on Monday confirmed that results of DNA tests conducted on some human parts exhumed in a house in Takoradi are that of the four missing girls.

A special police operation led to the discovery and exhumation of the bodies of the four missing Takoradi girls at Kasawrodo in the Western region, Starr News confirmed in August this year.

Apologise Within 7 days or be ready for Consequences – Kumasi Youth to Debrah,Omane Boamah