Thirty-three-year-old Kwaku Abrefa Damoah was on Thursday nominated and approved as the new Paramount Chief of the Wenchi Traditional Area.

The new ‘Omanhene’ who hails from ‘Ahenfie Yefiri Royal Family’ of Wenchi is the grandson of the ‘Omanhemaa’ (queen mother) of Wenchi, Nana Atoa Sramangyedua III.

According to tradition, the nomination has to be done by the Omanhemaa, the Akyeamehene said 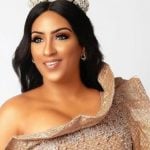