Sam George didn’t go as MP; he was there to create chaos and got served – Wontumi 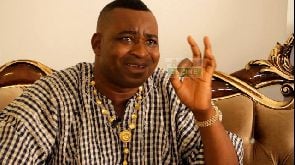 He accuses the NDC MP of not presenting himself at the event grounds as part of the monitoring or observer team drawn from Parliament, but rather going to the constituency with a violent mentality ostensibly to create chaos.

Narrating the genesis of the gun-shot incident on Okay FM, Chairman Wontumi said the security men should be commended for acting swiftly to prevent Sam George and his ‘macho-men’ from marring the beauty of the by-election as they attempted to carry the ballot boxes at the polling station.

“May God reward everyone according to their works. What did Sam George do? When he got there (together with his macho-men), he didn’t behave as a Member of Parliament but as someone with the intention to create chaos by taking the ballot boxes away as happened in 1992, 1996 and 2000 elections. The same orthodox way that Sam George and his macho-men are noted for,” Wontumi alleged.

“…if the security personnel had not stopped them, they would have destroyed the electoral process….because one of his men attempted to kick the ballot box. This incident did not occur in a vacuum, something triggered it; that is what we shouldn’t forget,” he added.

The Ashanti Regional NPP Chairman, however, described the Ayawaso West Wuogon by-election as the most peaceful he has witnessed in the annals of the country’s political history.

“…he wanted to test the resolve of the security agencies to see if they have the will-power to strike and they disciplined him to remind him that he cannot introduce the violent nature of the NDC into a national electoral contest,” he stated

Arrest Nana B within 24hrs for assaulting Sammy Gyamfi – NDC

Bawumia was not an individual from the NPP in 2008 — Kwabena…