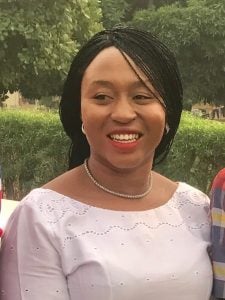 I acknowledge receipt of your letter dated 29th July, 2019 on the above subject matter. The letter was delivered to me on Tuesday 6th August by Mr Abagna, immediate past constituency chairman and now the regional financial secretary of the party, at about 8.00pm at my residence at Ejura. I find the decision as contained in the said letter of my “indefinite suspension” to be surprising and illegal.

In your illegal “indefinite suspension” letter, you stated and I quote – “I am directed by Regional Executive Committee after its sitting on 29th July, 2019 to notify you of your indefinite suspension from your position as a constituency secretary pending the final outcome of the disciplinary processes which have commenced against your good self on grounds of misconduct as petitioned by your constituency chairman to the Regional Disciplinary Committee”. You further cited article 3 (7, 1) as the constitutional basis of your action.

Below is my response to your letter.

I wish to draw your attention to 7, 2 which is a condition-precedent to 7, 1 of the same article you relied on to carry out the illegality and 7, 2 provides – “any decision to suspend a member shall NOT be taken UNLESS the nature of the complaint has been communicated to the MEMBER in writing and disciplinary proceedings have been initiated against such a member”.

As far as I am concerned, no written complaint has been served on me and I am therefore not in the known with regards to the nature of the complaint. Also, I am not aware of any disciplinary action instituted against me to warrant a suspension. I was invited via a text message by Dr Addai Mensah on 25th July which read and I quote “This was to isummon you to a meeting at 3pm on Sunday in kumasi. This is Dr Addai-Mensah”. To this message, I responded on the 27th July – “Good morning Dr…please I have made several calls to you this morning. Kindly let me receive a copy of the petition. Please let me also know the venue…. regards”.

I honoured the invitation to the meeting on 28th July at the residence of Nana Nkansah Boadu. The meeting was introduced by Nana Nkansah Boadu who was the chair of the meeting as a platform to settle an in-house difference between myself and the constituency chairman. The chairman was asked to narrate what was his concern. To which he said, I have insulted him. When I was called upon, I denied doing so but apologised to him in the interest of the party and unity. The council of elders intervened and requested to be allowed to take up the matter for amicable resolution at the constituency level. The meeting was dissolved with the constituency council of elders tasked to resolve the matter and report same to the chairman in two weeks.

This therefore makes the basis of your indefinite suspension offensive to article 3 (7, 2) of the party’s constitution and renders it illegal.

I also want to state that even before I received this letter, rumours were rife that I was going to be suspended on some social media platforms. This is curious to me – that, I, who is the subject of the illegal indefinite suspension was not aware while same was a subject of discussion on some social media platforms as well as some radio stations yesterday, 5th August even before I got a letter to that effect today, 6th August 2019.

Again, my constituency chairman who is the purported petitioner in the disciplinary action, had impressed on the council of elders of our constituency to ask me to step down from contesting to become a parliamentary candidate, a right conferred on me by the constitution; or face a suspension. I am befuddled that my refusal to step down from contesting to become a PC for the party, could be used as basis to institute disciplinary proceedings against me as per the chairman’s own threats to the council of elders.

I have also become aware of a resolution by REC to the effect that all other persons should step down for some people chosen by REC to contest unopposed to become PCs of the orphan constituencies of our party. I have humbly declined to accept that resolution as it infringes on my right as a bona fide party member.

From the foregoing, I wish to state that your indefinite suspension has no legal basis as per the party’s constitution because it did not follow the dictates of 7, 2 of the article you quoted. I suspect my illegal indefinite suspension is all part of the grand scheme to obstruct me from contesting to become PC and believe it is a plot in accordance with your resolution to present your preferred candidates uncontested.

Accordingly, I reject your illegal indefinite suspension and hold myself as constituency secretary who has recused herself in line with the rules and regulations governing the parliamentary primaries.

Sat Aug 10 , 2019
Contractors who are owed by the government in various sectors have taken their demand for payment a notch further by petitioning the Asantehene, Otumfuo Osei Tutu II to intervene, MyNewsGh.com reports. Consequently, a meeting has been scheduled on Wednesday, August 14 at the Manhyia Palace where the contractors would meet […]