Following his successful prediction that Kurt Okraku would win the 2019 GFA Election, Prophet Kwaku Mensah Otabil has highlighted what did the magic for the newly elected GFA President Kurt Okraku.

Before the Ghana Football Association election, the man of God famously prophesied that the Dreams FC chief will win the election massively to run Ghana Football, and nothing on this earth and in the world can change it.

The prophet in an interview with Akonoba FM revealed what led to Kurt Okraku winning.

“The only thing that helped Kurt Okraku spiritually is his humility, that’s why God revealed to me he’s going to win the Elections” 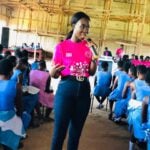