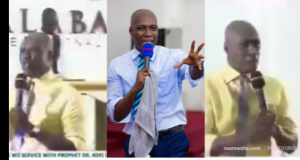 Prophet Kofi Oduro of the Alabaster International Ministry has apologized to the public for Tribalism comments he made in a video that circulated on social and was reported by nsemwoha.com.

The Man of God in a press rejoinder said the video was an excerpt from a sermon that condemned Tribalism and that what he said had been misrepresented in the reports.

READ ALSO Naah-Yerreh Writes: The Mind Food That Satan Feeds – Taking Back Control of Your Thoughts

“My attention has been drawn to a circulating video with an implication of Tribalism. I wish to state emphatically that the video is an excerpt out of a full video that rather speaks against Tribalism. I therefore issue this rejoinder to retract the mischievous representation and duly apologize to all. Blessings” the rejoinder read.

It was in regard with the said video that, a vibrant youth group in Ashanti regional capital of Kumasi called Kumasi Youth Association (KuYA) issue statement warning him to retract and apologize or tell them which Asantes are sabotaging the current administration. If the man of God knew the  Sacrifice and contributions that NPP government has received from Asantes,Osofo Oduro won’t have said what he said.

Below is the release from KuYA

WE WOULD ALWAYS DEMAND FOR OUR FAIR SHARE OF THE NATIONAL CAKE,TAKE IT OR LEAVE IT – Kumasi Youth Association (KuYA)

The Patrons, Executives and entire members of Kumasi Youth Association(KuYA) are pledging our unflinching support to Kumawood Actors, Actress and Producers in pursuant for the Film Village to be built in Kumasi(Ashanti Region).

Prior to the 2016 general elections,President Nana Addo Danquah Akufo Addo had a social contract with a delegation from the Kumawood movie Industry that pleaded with him for a Film Village to be built in Ashanti (Asante)Region to enhance their work,the then Candidate Nana Addo adhere to their plea and promised them of building it for them if voted into office.
The Kumawood team got acres of land in Kunsu within the Ahafo Ano South West District of Ashanti region for the noble project, but until the Finance Minister’s budget to parliament captured on Number 630 of budget statement that, the said project was going to be built at Bunso Junction within the Akyem Abuakwa(Kyebi) enclave,(attached is evidence of the budget statement).

Kumawood Actress Nana Ama MacBrown and her colleagues petitioned parliament and government for the project to be reverted to it original site (Kunsu).

It is in the light of the above, that some faceless and coward people are hiding behind purported Men of God , who have neglected their core duties as Pastors/Prophets to fulfill “THE GREAT COMMISSION” in Matthew 28:18-20 and preach unity among all Mankind in John 17:21 as said by our Lord Jesus Christ.

These Men Of God have allowed these faceless and coward people to turn them into Propagandists and Agenda setters just to sway our minds off in demanding and supporting the Kumawood actress for the Film village to be built in Kunsu(Asante Region).

The last straw that broke the camel’s back, exposes their ill-motive agenda is the comments from the self acclaimed Prophet Kofi Oduro. He should tell us which Asantes are sabotaging this government? If he cares to know Asantes have sacrificed our own(Kwabena Agyei Agyepong, Dr Richard Anane,Dr Kofi Konadu Apraku, Jacob Osei Yeboah,JOY and many others) since 2008 until date for this Akyem led government but what has Asantes got in returns except failed broken promises like relocation of Film Village and Bauxite Refinery to Kyebi enclave, Neglection of Boankra Inland Port project, Bad Roads, etc

To add to the above, how many Asantes are occupying “juicy” Main Ministerial positions in this government except the family members of the President and Akyems, despite the numerous votes and goodwill this government enjoy from us(Asantes).

Our Revered King accepted the invitation of the Akyem Abuakwa Paramount Chief which is unusual of Asante King to honour such Invitation so what does that self acclaimed Prophet meant by Asantes Sabotaging the Akyem government.

Asante women are industrious, supportive, caring,brave and seek the welfare of their family(ies) but it rather unfortunate, these self acclaimed Prophets, Badu Kobi and Kofi Oduro would make such comments about Asante Women(People) but time will tell.

Asantes are peace loving and very accommodating people, no wonder Kumasi is the only city with suburb bearing the names of different tribes in Ghana like Fante NewTown,Accra Town, Morshie Zongo, Anloga, et al.

We are therefore calling on well meaning Ghanaians to disregard these propaganda and derogatory messages against Asantes and Our Women. Asanteman stands for unity (embraces all manner of people) but will not tolerate any comments that has a purpose of undermining our core value and identity

KuYA is therefore calling on all Asantes, that we would always demand for our fair share of the national cake at all times irrespective of which regime(no matter the crucible meted on us) and that if Kwame Nkrumah and Rawlings with all the political powers could not Suppress Asante then certainly not these Rented Men of God who have neglected their core duties as Pastors/Prophets and have allowed faceless and coward politicians to manipulate them can do so.

We hereby calling on Asante/Asanteman to unite and continue to live well with all others because what unite us as Ghanaians are more than what divide Us.

We hereby demand apology from these Men Of God to Asante and Asante Women or Face Our Wrath soonest.

Tue Jul 30 , 2019
The West African Examinations Council (WAEC) has released the provisional results of candidates who wrote the West African Senior School Certificate Examinations (WASSCE) in 2019. According to a press release signed by the Head of Public Affairs of WAEC, Agnes Teye-Cudjoe, candidates can now access the results which have been […] 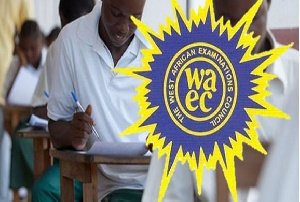