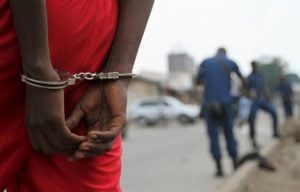 A Nigerian suspect and his accomplice have been arrested by the Ghana Police over a stolen rifle and ammunition from a police post at Akporman-Mana in the capital, Accra.

The suspects Bukari Adamu, 28, and Bernard Omego, 21, are being held by the Adenta Police.

Police sources have revealed to Daily Mail GH the duo have given two names Adzaway Selasi and Frank Dogbe – previous detainees at the said police post – as the main architects who broke into the post and stole the rifle and a TV set.

Dailymailgh.com can also reveal that the suspects sold the stolen rifle to one Patrick Tetteh alias Soldier at GhC5,000 and collected part payment of GhC3,000.

Attempts to arrest him failed since a team met his absence during an operation at his Kaneshie residence.

The police managed to retrieve the stolen rifle and 19 rounds of ammunition concealed in a polythene bag at the outskirts of Teiman-Amaria township upon a tip-off.

Sun Aug 18 , 2019
Leila Djansi   Movie Producer, Leila Djansi says it’s sad that Ghanaians regardless of what politicians have taken them through continue to vote to bring them to power. She made this comment while sharing a sad story about a school which does not have desks and that pupils of the […] 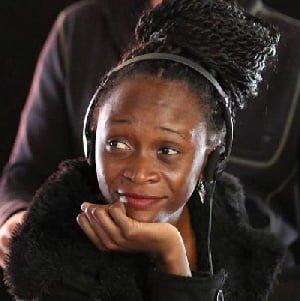