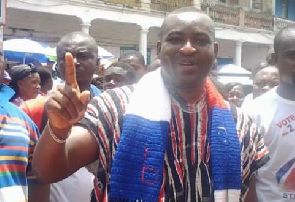 NO ONE IS FIGHTING CHAIRMAN WONTUMI OVER PROPERTY OWNERSHIP BUT THE LAW -Some Clarifications In the Wake Some Misrepresentations of Facts.*

Dear Honerable Members,
In the wake of some confusion and misrepresentations in the media space about my “fight” with Chairman Wontumi over some real estate property in Kunasi, I would like to provide some information to help you understand the issues and to help defend the rule of law to save our party’s image.

When I attempted to take over the property in early Jan. 2017, Ezekiel Owusu Afriyie who is the owner of the defunct Noble Dream Microfinance placed a court injunction on me and so we headed to court beginning on 10/02/2017 until the court dismissed their fresh applications on 2/05/2018 and awarded me (Daniel Okyem Aboagye) Ghc15,000.00

THE GENESIS OF CHAIRMAN WONTUMI IN MY CASE
While I was in court dealing with the injunction from the Owner of Noble Dream Microfinance (Ezekiel Owusu Afriyie), I saw some guys painting the property – around mid Nov. 2017. That was after 10-months of been in court.

When i saw the painters, I immediately went to the police with my certificate of purchase to have the painters arrested. The painters in their statement at the police station disclosed that Chairman Wontumi was behind their work.

I quickly called Chairman Wontumi and tried to get him to meet for resolution in the interest of our NPP party but I was Completely and Rudely ignored severally.

So I quickly reported the issue to Mr. FF Antoh, the Regional Minister, CEO of KMA (Osei Assibey Antwi) and Dr. Amoako Tuffour and showed all of them my certificate of purchase and related documents.

My goal at that time was to advise chairman Wontumi to stop any investment in the property to avoid future loss or to create any situation where our actions or inactions end up hurting our NPP party.

Letter to the Chief of Staff
While no one was responding to me quick enough, I reported the matter to the Regional police Commander and the Regional Director of BNI as well. When I sensed that they could not get me any quick resolution to stop Wontumi from tresspassing onto my property, I wrote an urgent letter to the Chief of Staff on Dec. 24th, 2017 – who quickly responded in about 30mins and adviced me to keep cool and head for court if Wontumi won’t mind anybody.

Later on, Mr. FF Antoh came back and said this is not a party issue but a personal one and so I should go to court and that is exactly what I did.

Now the court has spoken and ruled in my favour and against Ezekiel and anybody claiming through him.

So all I did on last Friday was to enforce the court order with help of the police and a court bailiff. But Chairman Wontumi restrained us and pushed us out against the decision of the court.

My Response to Wontumi’s Initial Attitude in Nov./Dec.2017 When He First Entered The Property
Once I discovered that chairman Wontumi was not going mind anybody, I went to court against him – this time between Daniel Okyem Aboagye Vs Bernard Antwi Boasiako (Wontumi) for trespassing on to my property. And I also got the court the place an injunction on him which he has flouted severally and continued with the development of the property.

PENDING CONTEMPTS FOR CHAIRMAN WONTUMI
When Wontumi disrespected the court injunction and went to the property to have meetings, we got several pictures from those meetings and cited him for contempt – which he has managed to dodge service but will soon be served – may be publicly.

We intentionally delayed in serving Chairman Wontumi the 1st contempt of court because I truly didn’t want to do anything to hurt his chances at the just ended regional election.

In fact, I personally called Chairman Wontumi and adviced him to pick up the contempt to avoid public disgrace but he refused as usual.

The property was about 93-97% done when I bought. Most the thinks to complete the building were already there and I saw some of them before I bought the property. The Air-conditioners were fixed, ceilings and most floors were done. The only major outstanding jobs left were light connections, painting and fixing of the floor of the court and the swimming pool.

Chairman Wontumi False claim on when he bought the property 2014 – what?

ChairmanWontumi’s claim of buying the property in 2014 is completely false and really makes him look bad.

Some Details You May Not Know But Important to understand the Issues
The truth of the matter is that, one Mr. Donkor who was the original owner of the property has on written record that he sold the property to Noble Dream, got paid in noble Dream’s office by Noble officers and didn’t even know the guy called Ezekiel Owusu Afriyie until his microfinance collapsed and they (Ezekiel and co) approached for a deal which he angrily refused. Ezekiel wanted Mr. Donkor to say he didn’t sell them the property and Mr. Donkor refused – saying that he is a Christian. He (Mr Donkor) could have lied to keep the property because he got paid but the property was never transferred. And this Mr. Donkor has sworn an affidavit to this effect on record and I have a copy.

This also explains why Samuel Tuffour (Ezekiel’s Real Estate guy was trying to claim ownership through an ” interpleader ” application to challenge the auction in court. See page 20 of what I called the big judgement.

So I think Ezekiel is trying to use our chairman to see if they can profit from this and I think given how Ezekiel has treated Ghanaians, it is important for our chairman to distance himself away from this guy before it costs us anything.

If Chairman Wontumi has really paid something to Ezekiel, then the earlier he chases Ezekiel for his money, the better. Wontumi cannot team up with Ezekiel to disrespect the rule of law and expect great image for himself and our party.

See Various Court Rulings On this Case
Please see the several rulings that the court has decided against Ezekiel’s applications and motions to the court over the years. I have attached them.

Lifting the Viel is completely Foreign to Wontumi & Ezekiel
The company law principle of lifting the veil seems to be completely foreign to our Chairman Wontumi and his friend Ezekiel.

Ezekiel’s claim that the property is his personal property and not for his defunt Noble Dream Microfinance company and for that reason the court cannot sell his personal property to settle his collapsed company’s debt should tell everyone how he (Ezekiel) may have managed to deceive chairman Wontumi – if chairman truly paid anything for the property. I believe the company law concept of lifting the veil may be foreign to both of them or they may be playing it to hurt.

Please take a moment to review the various court rulings on this case below and help protect the supremacy of the law by advising our chairman to respect the decisions of the high court. Certainly, no one is above the law.

SPECIAL APPRECIATION
I want to take this opportunity to thank Col. Michael Opoku (Director of National) whose timely intervention at property in Kumasi on that day saved the situation and Hon. Bryan Acheampong (Minister of State) who did not only intervene via the phone to advice on that but who also invited me to a meeting in Kumasi when he there the following Sunday for further advice. I am also grateful to Hon. Ken Dapaah for taking up the case.

It is my hope that while legal processes take their course, our leaders may expedite whatever they plan to do to ensure respect for our courts’ decisions, our laws and the rule of law in general and to save our NPP party’s image.

I am humbly submit. 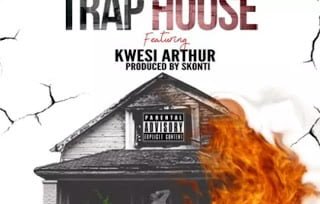