NAM1 is cooling off at his East Legon residence, not in police custody – DJ Oxygen alleges 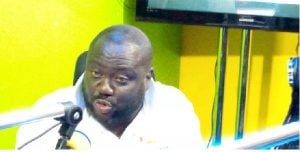 Controversial radio owner and entertainment critic, Alfred Kwame Larbi aka DJ Oxygen is claiming that embattled CEO of gold dealership company, Menzgold, Nana Appiah Mensah, is currently cooling off in his house at East Legon contrary to claims he has been remanded in police custody.

He made the claims on GH Entertainment on Rainbow Radio 87.5Fm with Root Eye as host.

DJ Oxygen said, unlike prison custody, police custody is quite different and when you are highly influential and you are held in police custody following a court order, you could be made to go home n the quite.

Even when the host has raised doubt about his claims, the entertainment critic noted that he is aware the embattled CEO was cooling off at home.

He also raised concerns over the lack of clarity on the issues surrounding the controversial issues of Menzgold.

He said reports from the media have not been clear with everyone giving their own version of the story.

Meanwhile, the Accra Circuit Court has remanded Nana Appiah Mensah the embattled Chief Executive Officer of Menzgold, into police custody to reappear before the court on July 26, 2019.

He was brought court Friday morning in the company heavy security.

The CEO who is popularly known as NAM 1 is facing trial over charges of allegedly defrauding about 16,000 customers.

He s being held responsible for the operations that led to customers losing close to GHC1.7 billion.

His companies, Brew Marketing Consult, and Menzgold Ghana Limited have also been charged with defrauding by false pretence.

This is an offence which violates the Criminal Offences Act, 1960.

Nana Appiah Mensah was arrested and detained by the police on arrival from Dubai where had faced similar charges.

State prosecutors are alleging that the CEO of Menzgold defrauded about 16,000 people of GH¢1.68 billion on the name of investing their monies.

He is also being accused of contravening sections of the Banks and Specialised Deposits Taking Act, 930 and the Criminal Offences Act while operating Menzgold and its sister company, Brew Marketing.

According to information available, between January 2017 and September 2018, Brew Marketing Consult and Menzgold defrauded one Francis Agodzie and 16,000 others of more than GH¢1.68 billion.

It further accused the two entities of carrying out an illegal deposit-taking business during the same period.

The charge sheet explained that Mensah, Appiah, and Tetteh aided Brew Marketing Consult and Menzgold to defraud the customers of the GH¢1.68 billion.

Sun Jul 14 , 2019
Good News:NAM 1 will start paying customers on WEDNESDAY If Gov’t Frees Him-KOD CONFIRMED: NAM 1 finally in Ghana; taken into police custody (photo) NAM 1 The unofficial PRO to the CEO of Menzgold, Nana Appiah Mensah has disclosed that customers of the company should expect payment soon. According […] 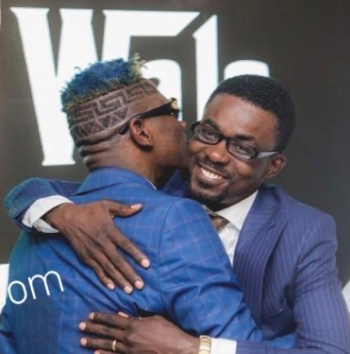