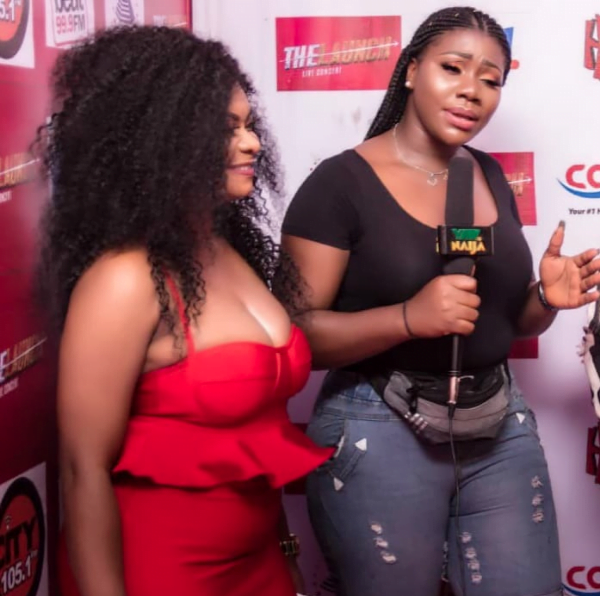 Yes, so Beverly was one of the many celebrities who made it to Zylofon/Menzgold Naija Invasion concert to launch their companies in the country. At the event which happened last week on Friday, 24th August 2018 Beverly Afaglo somewhat exposed more than necessary with the dress she wore.

The actress who is married to Choirmaster, a musician and member of the music group Praye was harshly slammed when she posted a picture of her in a red dress that seemed too small for to hold her breast and exposes about 70% of her full breast.

One Instagram user known as y3suba commented under her posts; “You dressed like a harlot….married woman @beverly_afaglo“.

We thought Beverly was going to unleash some venom on him by clapping back hard, but she simply replied to his comment with a ‘Thank You @y3suba’ and that was all.

Other fans on the posts lashed out at Y3suba for his harsh comment but it seems he couldn’t care less.

Well, it’s her choice to wear that and we don’t think her husband is bothered in any way so why should we? Check out the photos below: 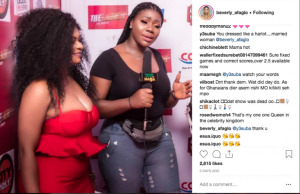 WE HAVE BEEN SAVED FROM SHARING DRINKING WATER WITH ANIMALS … RESIDENTS