Prince Teye, a 29- year-old man who allegedly posted his ex-girlfriend’s nude photographs on social media platforms was on Wednesday, July 3, 2019 sentenced to three years (36 months) imprisonment in hard labour by an Odumase Krobo circuit in the Eastern region.

The court presided over by His Honour F. Y. Gbeddy passed the sentence after finding the culprit guilty of publication of obscene materials.

Prince engaged in the act after having sexual intercourse with the 22-year-old victim (name withheld), a former student of the Yilo Krobo Senior High School, during which he took videos and pictures of the act.

Two others, Bismark Amuzu and Lawer Raphael, both 21 who were also charged with abetment of crime, were however acquitted and discharged.

In April 2017, Prince was charged for the offense where he pleaded not guilty.

The three were picked up following a report filed by the girl’s parents and subsequently charged for ‘intentionally and unlawfully publishing obscene pictures’ of the complainant.

Briefing the court on the circumstances that led to the circulation of the said pictures and videos, DSP Richmond Akwasi Yeboah told the court that the complainant in the case is a 22-year-old student resident at Salosi, a suburb of Somanya.

According to DSP Richmond Akwasi Yeboah, first accused, Prince Teye is a 29-year-old trader and boyfriend to the complainant while the second and third accused Bismark Amuzu, 21 and Lawer Raphael also 21, a Sim card vendor and student respectively, all resided at Somanya.

He continued that during the month of February 2017, Prince and the complainant had sexual intercourse in Prince‘s room and in the process, Prince took photographs and a video recording of the act.

The complainant who agreed to Prince taking the pictures, however warned him not to disclose its contents to anybody else.

The prosecutor continued that sometime later, the complainant was at home when her cousin and his friend who are both witnesses in this case, brought her the naked pictures that Prince took and told her that they saw same on Facebook.

The complaint on hearing this confronted Prince who told her that he mistakenly sent the photographs to Bismark.

A report was subsequently made to the police and the accused persons were arrested for investigations.

Raphael, in his statement also told police that the pictures came to the phone at 11: 30pm but he gave the phone to Bismark the next morning.

After investigation, accused persons were charged with the offences and subsequently arraigned before the court.

“You will never go unopposed; we will betray you in Election 2020”- Bekwai NPP faithfuls to MP

Thu Jul 4 , 2019
Not long ago the first vice chairman of NPP, Mr Fredrick Fredua Anto made the pronouncement that some of the NPP MP’s are very relevant and vital for the party so they shouldn’t be contested by any one on upcoming primaries. He suggested that the Majority leader of parliament Osei […] 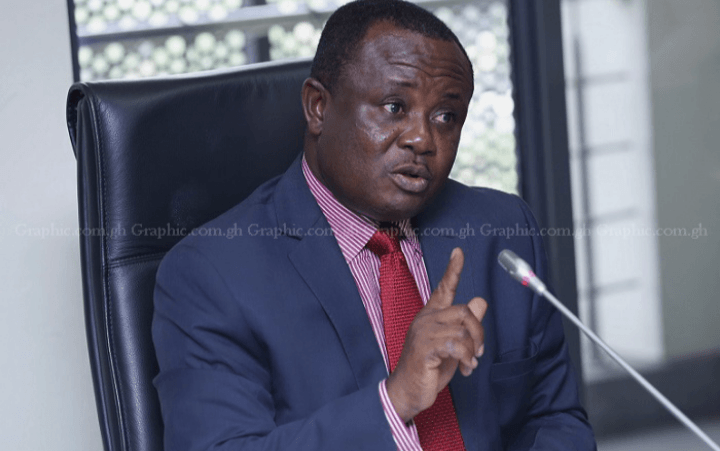