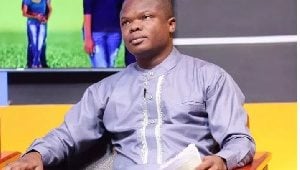 Ashanti Regional Deputy Communication Officer of the opposition National Democratic Congress (NDC), Mr. Alex Kwaku Asafo-Agyei has sent a stern warning to former appointees in the party turning who are their backs at it in its time of need.

According to the NDC Executive member, appointees in the erstwhile John Mahama administration after benefitting are now refusing to support the party to run its activities ahead of the 2020 polls.

“Let me send this warning to our former MMDCEs, contractors and other appointees who benefited but are refusing to support the party to come back to power to rethink of their decision”, the outspoken communicator fumed.

Mr. Alex Kwaku Asafo who spoke on Kumasi-based Nhyira FM morning show monitored by MyNewsGh.com bemoaned how the party is struggling to get representations at various radio stations in the region as panelists.

“Those appointees who benefited don’t want to defend John Mahama anymore. If their wives have advised them, no problem. Surely we will not remain in opposition forever”, he told host, of ‘Kroyi Mu Nsem’ politcal talk show Aduanaba Kofi Asante.

“The road contractors we know to be on our side too are now going to NPP and I want to tell them that they should remain there forever. They should never think of coming back if we come to power since we are going to deal with them”, Ashanti Regional Deputy Communication Officer of NDC, Mr. Alex Kwaku Asafo-Agyei warned.

Wed Jul 10 , 2019
The 19-year-old Barber and Coconut seller, Solomon Akotey was jailed two months by the Koforidua District Magistrate Court for stealing plantain has been released from Prisons after his default fine of Ghc600 was paid by some benevolent persons following Starr News report. Solomon Akotey was on Thursday, July 4, […] 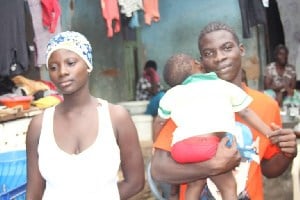