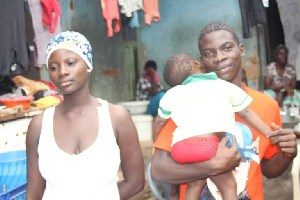 The 19-year-old Barber and Coconut seller, Solomon Akotey was jailed two months by the Koforidua District Magistrate Court for stealing plantain has been released from Prisons after his default fine of Ghc600 was paid by some benevolent persons following Starr News report.

Solomon Akotey was on Thursday, July 4, 2019 handed a default conviction of two months after he pleaded guilty to the charge of stealing.
Solomon Akotey lost his mother at age 4 and father at age 7. He, together with his two other siblings were being taken care of by their poor uncle.
Solomon impregnated a 16-year-old orphan whom he now has a one and half year old boy with. Unable to take care of the child, he went to steal plantain to sell for the upkeep of his son but was nabbed.
According to the Police Prosecutor Chief Inspector, Solomon Richmond Keelson, on July 2,2019 at about 6am police personnel on duty at Nkurakan Police checkpoint led by Sergent Alfred Diyou on their routine inspection found a fertilizer sack which contained six bunches of Plantain in the boot of a Toyota Hiace with registration number WR 844-14. Police became suspicious hence questioned the convict who claimed ownership of the items. During interrogation, he admitted stealing the plantains.

He was led to the farms where he stole the plantains at Airport and Dorse – both suburbs of Nkurakan community.
The owners of the farms lodged an official complaint at the Police station upon which the convict was charged with the offence and put before court on Thursday.
The Convict pleaded guilty but explained that he stole the plantains to sell to take care of his son.
The Presiding Judge, His Worship Osei Asibey sentenced him to a fine of Ghc600 but he couldn’t pay hence thrown into jail. Solomon couldn’t control his tears as he wept uncontrollably together with his sister who was also in court.
Newsfile host, Samson Lardy Anyenini, and guests – North Tongu MP, Samuel Okudzeto Ablakwa; editor-in-chief of the New Crusading Guide Newspaper, Kweku Baako; private legal practitioner, Martin Kpebu and General Secretary of the Ghana Medical Association, Dr Justice Yankson – touched by the plight of the teenager, contributed Ghc1,100 to secure his release and assisted him with a psychologist .

Apart from this, an amount of Ghc600 was also donated by a listener of Peace fm. The balance was given to the sister of Solomon, Rose Akutey who is taking care of the child to start a business.
Solomon Akotey, given a terrible haircut to welcome him to the prison by inmates says he has been changed by the poor condition at the Prison promising not to engage in any criminal activity again.
“I have never stolen before but because of some small pressure, but conditions at the Prison has thought me a lesson. We were 84 in a prison room ‘nicknamed zongo. We slept at our sideway. The place was horrible. We were served with rashing porridge in the morning, gari in the afternoon then banku with virtually water soup”.
According to Solomon, he will be happy if he gets support to rent a shop for his barbering business.
His Uncle Alex Seth Nartey party blamed the waywardness of Solomon to peer influence and poverty but says the family will ensure he doesn’t go into such situation again. 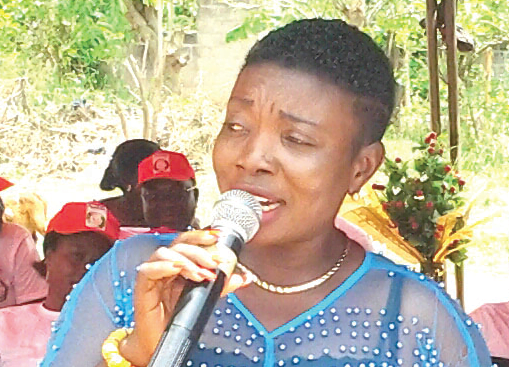