Security consultant, Captain Budu Koomson (Rtd), has revealed he had to undergo two years of psychological counseling in the wake of the June 4, 1979, Revolution.

He was the adjutant of the fifth Battalion of the Ghana Armed Forces and witnessed some of the most gruesome murders and tortures within the period.

“I was suicidal. For two years, I had to seek counseling, but thankfully, I am now okay,” Capt (Rtd) Koomson revealed on the AM Show on JoyNews following the airing of Scars of the Revolution.

The documentary is about the 1979 and 1981 revolutions, led by Ft. Lt. Jerry John Rawlings.

A number of military generals and former heads of states were executed. The two coups and their aftermath remain the bloodiest in Ghana’s history.

Recounting his role in the killing of the two former military generals, General Ignatius Kutu Acheampong and Major-General Edward Kwaku Utuka, Captain Koomsom (Rtd) said he was called that morning to drive them to the firing squad.

He was against it but he had to obey the command of his superiors, the leaders of the revolution.

“I said where should I take them to? They said I should take them first to the Anglican Church in Burma Camp. When we went to the church, they said a small prayer and we went to the firing squad.”

While he was driving the two through their last stint with life, he said General Acheampong was quiet but General Utuka was talking most of the time.

“He kept saying he had not been tried,” Budu Koomson said in an interview monitored by theghanareport.com

As he drove his military mentors to be killed, he could not save them because they were being followed by soldiers.

He said when they got to the firing squad, the stakes were not ready. “They were now digging the stakes, so the generals got there and were waiting and seeing the stakes being prepared.”

Captain Koomsom (Rtd) said he felt the torture of witnessing the stakes being prepared for their execution was too much for the generals to bear.

To spare them that trauma, he drove them to the military academy and returned with them to the firing squad when the stakes were ready, so that they could face their execution. 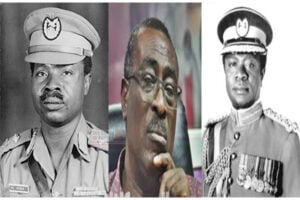 “I put the hoods on them and saluted them. Acheampong told me, ‘My boy, take good care of yourself. I know you are not part of what is happening.’ General Utuka kept saying ‘I have not been tried,” Captain Budu Koomson recalled.

He said despite the wickedness that was witnessed during the period, some exceptionally brave and kindhearted soldiers saved people like him.

“I am alive because of Major Nantogma. Even in the face of death, he protected me.

He said “Koomson is not here, but I was standing there. He saved me, knowing that in 15 minutes, he was going to die, but he died and saved me.”

“I am not bitter, I am disdainful of those guys, the cowards of the era who now parade as heroes,” he said.

He said when he met one of the soldiers, he described as wicked, many years later, at the 37 Military Hospital, he refused to shake his hand.

“I told him to his face that it will pain me if you die your natural death,” he added

Fri Dec 13 , 2019
Ghanaians embarked on a traumatic and divisive journey into their troubled past starting 2002 when the National Reconciliation Commission began investigating the bloody secrets of dictatorial unconstitutional regimes. The formula was simple: torturers, killers and their political leaders were to come forward and confess their crimes and that if they […] 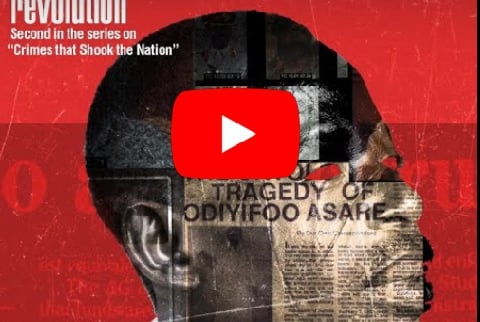