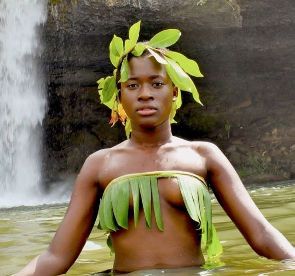 Ghana’s top entertainment news website- GHPAGE. com has just obtained a video which seems to be a video of the Ghanaian budding actress, Fella Makafui engaged in a compromising situation.

According to what GHPAGE. com was told — it got released by Fella’s upset boyfriend who went to close down her wine shop at East Legon.

We also learned that the estranged boyfriend regretted moment after sending it out. He then pleaded with our source (who also happens to be a close friend to Fella’s boyfriend ) to find out if it’s possible to block the video source in case it starts to spread like a wildfire.

In the video, you could see the guy giving it to her from the back. She calls him daddy [Thats according to their chat here] and we could also hear her moaning and kept shouting his name ‘daddy, daddy, daddy’.

The style of hair she wore in the video looks exactly like in this photo.

This follows after news broke yesterday that Fella Makafui’s wine shop at East Legon has been shut down by her “angry” boyfriend.

According to reports, Fella Makafui fell out with her boyfriend, which led to him deciding to close the wine shop.

The angry boyfriend in whose pocket the actress has been living her lavish lifestyle after shutting down her wine shop for failing to service their relationship has also threatened to come for his 4×4 jeep from the actress.

I’m not the lady in the leaked sextape – Fella Makafui

Tue Jun 19 , 2018
YOLO star Fella Makafui has reacted to a two-minute nude video which went viral Monday evening purported to be her and the ex-boyfriend who has been accused of shutting down the Fella Wine shop in Accra. The video shows an unknown lady giving a mysterious guy a doggy style. According […] 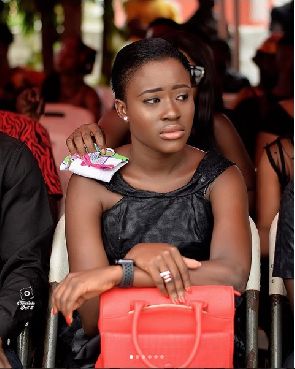