Dr Owusu Afriyie Akoto, the Minister of Food and Agriculture, says a routine tour to food production areas shows that the country will have plentiful food next year.

He, therefore, dispelled rumours that the country would face a food shortage and said there would be surplus food.

“I just returned from Volta and Oti regions last night as part of my regular field visits and with what I saw there as well as my observation at other food production areas, food will be in abundance,” he said.

Dr Akoto, at the launch of the 37th Edition of the National Farmer’s Day, said the performance of the sector was the manifestation of the government’s diverse support through the Planting for Food and Jobs (PFJ) programme.

National Farmers Day is celebrated on the first Friday of December, each year, to recognise the contribution of farmers and fishers to socioeconomic development.

This year’s edition, which will take place in Cape Coast, the Central Regional capital, would be hosted jointly by the Ministry of Food and Agriculture, the Ministry of Fisheries and Aquaculture Development, and Ghana Cocoa Board.

Dr Akoto said farmers remained a priority in government’s quest to modernise the agriculture sector to grow the economy.

He said government in 2020 invested nearly a billion cedis to getting fertilizers and seeds for smallholder farmers to help increase yields.

Nana Otuo Siriboe, the Chairperson of the Council of State, said: “Farming continues to provide numerous avenues for employment of citizens along the value chain. The more reason farmers should be celebrated.”

Nana Siriboe, who is also the Paramount Chief of Juaben Traditional Area, said the PFJ had sustained food production in the country and called on farmers to work hard to ensure food security.

Madam Mavis Hawa Koomson, the Minister of Fisheries and Aquaculture Development, in a statement delivered on her behalf, said one of the major challenges in the sector was illegal fishing activities and that the Government was putting in place measures to deal with the menace.

She said the Ministry was poised to sanitise the sector to ensure that the potentials were explored to continue to make meaningful contributions to the economy.

Thu Sep 30 , 2021
Afia Schwarzenegger has tagged herself and Shatta Wale, another controversial personality, as the definition of show business in Ghana. According to her, they understand Showbiz more than anyone. The mother of twins made these remarks in a post on her official Instagram page after sharing a photo of the Dancehall […] 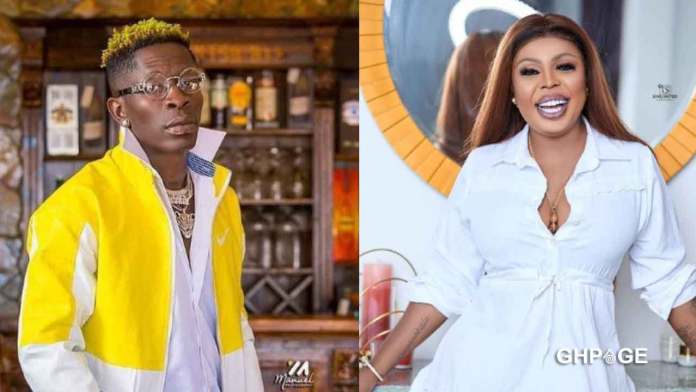