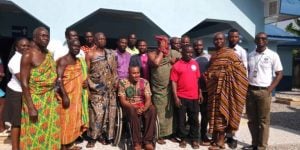 Mr. Ntim Twumasi Kwaku who spoke to www.rawgist.com lamented that people with disabilities are left out when constructing public facilities such as toilets and other structures. He believes the situation constitutes unfair treatment to persons with disabilities.

He was speaking to www.rawgist.com on the sidelines of the commissioning of a 16-seater public toilet with four bathrooms his company built at Bonwire in the Ashanti region.

He confirmed that the toilet facility he had helped built could be used by all including people using wheelchairs and clutches.

Chiefs should give suitable lands for projects

The CEO and philanthropist also lamented at the situation where chiefs give undesirable lands for projects and urged them to be more considerate and give lands that are fit for purpose to developers who want to undertake public benefit projects in their communities. He explained that sometimes the chiefs give rubbish dumps to them to be used for construction; a situation that compels them to spend more than they budgeted for in an effort to clear the heap and prepare the land for construction. He believes this attitude will eventually scare off investors if not checked.

Fri Jul 19 , 2019
Leadership and Organisers of the Forum for Accountability and Justice (FAJ), the youth group based in Savannah Region who earlier announced of an intended demonstration to come off today July 19, 2019 has resolve to temporary put on hold the intention. The group earlier in the week served a […] 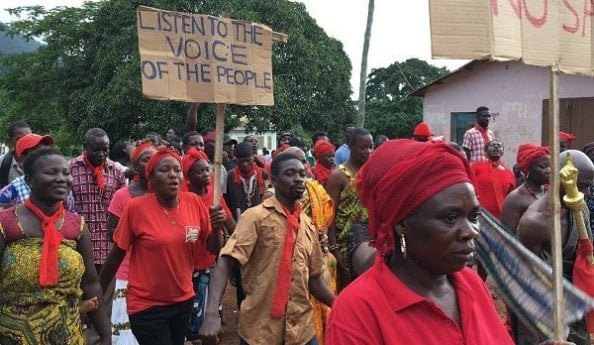