COCOBOD IN PERSPECTIVE – A STORY OF CORPORATE SUCCESS 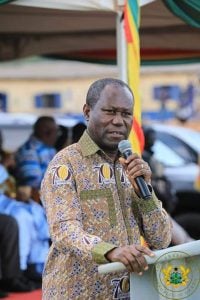 Cocoa is an essential cash crop and has been the main driver of many developing economies across the globe. Ghana is no exception, and it is credited as being the second world largest producer of cocoa. It is worth acknowledging the tremendous impact of cocoa on our national economy, and the significant gains COCOBOD under the Akufo Addo administration has been able to achieve as a result of its deliberate policy initiatives, strategy and discipline with respect to implementation.

In the past couple of years, the cocoa sector has arguably witnessed one of the most comprehensive reforms in its history – this needs utmost commendation and encouragement.

The reflections of these reforms are evident in their achievements in all facets of our cocoa sector.

Therefore, if these short to long term strategic initiatives are allowed to linger on as a matter of policy with a periodic review for improvement, one cannot be mistaken in envisaging Ghana in the not too distant future, as the leading star of cocoa production in the world.

The growth of cocoa is dependent on many factors, crucial amongst which is the fertility of the soil. The re-introduction of the well packaged ‘Subsidized Fertilizer Programme’ to replace the previous ‘Free Fertilizer Distribution Programme’ to cocoa farmers – which during the previous administration was characterized by thefts, nepotism, favouritism, diversions and smuggling – is expected to improve the level of cocoa output. The new programme makes use of the private sector in the distribution process to ensure availability, equity, accountability and transparency. With the wide application of these fertilizers on cocoa farms, soil fertility will improve, thereby, increasing productivity of cocoa farmers and enhancing their income.

Cocoa farmers whose farms have in the past not benefitted from the mass spraying exercise and are plagued with the Cocoa Swollen Shoot Virus Disease (CSSVD) are encouraged to cut down the diseased trees. Although some tonnes of cocoa production may be lost due to this preventive intervention, the measure is necessary to produce healthy cocoa beans. However, to ameliorate this development and to keep pace with cocoa production, this administration is bearing the cost of removing some 780,000 hectares of farm infected with the Cocoa Swollen Shoot Virus Disease (CSSVD), which the previous administration had been ineffective in managing. The current COCOBOD management is overseeing the cutting down and replanting of the farms, and providing compensation to both the affected farmers and their landowners.

Also, as part of the new intervention, COCOBOD saw the need to rather scale-up the mass cocoa spraying exercise in order to control the various diseases associated with cocoa.

The introduction of Artificial/Hand Pollination in cocoa farming has induced massive pod development. Cocoa trees which naturally produce 20 pods can be aided to produce between 250 to 300 pods. Consequently, many farms are producing at record high levels, thus putting more money into the pockets of farmers.

The introduction of Motorized Slashers which aims at moving farming activities from manpower to mechanized cocoa farming will reduce the labour-intensive use of machetes and hoes for weeding. It will disincentivise farmers from using weedicides but more importantly, contribute to increases in farm productivity.

This year has been a good ‘cocoa season’ for our cocoa farmers. Not only are their faces beaming with smiles, but, their pockets have also been enhanced as well. Despite falling cocoa prices on the world market, this government has over the past two and a half years continued to maintain the producer price at GH₵7600 per tonne, which is the highest in the West African sub-region – this is unprecedented in the history of the cocoa industry. This significant increase in the producer price of cocoa is higher than that of Cote d’Ivoire, our neighbouring country and the leading producer of cocoa in the world. This move by COCOBOD has motivated the cocoa farmers to produce more cocoa for more income. It has significantly checked and mitigated the smuggle of cocoa to other neighbouring countries, since it is no longer rewarding to dabble into smuggling as a result of our country’s cocoa producer price, which is the highest in the sub-region.

The current management of COCOBOD under the clear instruction and policy direction of President Akufo-Addo has implemented a cocoa trading policy that will bring in $400 extra (a Living Income Differential) on every tonne of cocoa sold. This is being achieved in partnership with Côte d’Ivoire. Both countries have taken charge of the mechanism for determining the price at which cocoa is produced in both countries.

COCOBOD over the years has engaged in the syndication of loans from some international financial institutions for the purchase of cocoa, latest of which is the syndicated loan of $1.3 billion it has been able to secure. The significant thing about this loan facility is its unprecedented interest rate of 0.55% and the timely injection of the funds into the economy at a period the country was facing some financial distress which resulted in the Ghanaian Cedi weakening against the major international currencies. As I write, the Ghana Cedi has stabilized from the free exchange rate fall. This is an important development not only to the cocoa sector, but also, for the socio-economic development of the country as a whole.

The new COCOBOD management’s timely review of a contract issued by the previous administration for the construction of an apartment complex for its staff, led to the building of 16 more apartments (bringing the total to 208) and an upgrade of the facilities in the other apartments without having to pay a cedi more to the contractor. As much as US$3million was realised in cost savings. A considerable number of workers have benefited from the various welfare schemes which include the home ownership scheme.

These measures have motivated the staff and brought about industrial harmony between management and the workers union. The enhancement and provision of logistical needs have also improved the administrative work of COCOBOD.

The story of COCOBOD is that of a true example of corporate success achieved by precision, bold initiatives, financial discipline, a strong management, a dedicated team and the strategic investments made by COCOBOD, farmers and COCOBOD partners alike. It is not surprising that, cocoa production has increased to nearly 900,000 tonnes from about 700,000 tonnes in the previous administration. As the story continues, it is the unwavering aim of the management of COCOBOD, to see an increase in yield of quality cocoa production at good producer prices and to attain a world leader status in production and quality. The NPP administration always gets it right with cocoa farmers.

Wed Jul 24 , 2019
Five persons have sustained various degrees of gunshot wounds after Deputy Minister of Education, Hon. Dr. Osei Adutum and others were attacked on Sarikyikura on the Tamale Buipe highway. Police in a statement sighted by MyNewsGh.com disclosed that the injured persons are currently at the Tamale Teaching Hospital responding to treatment […] 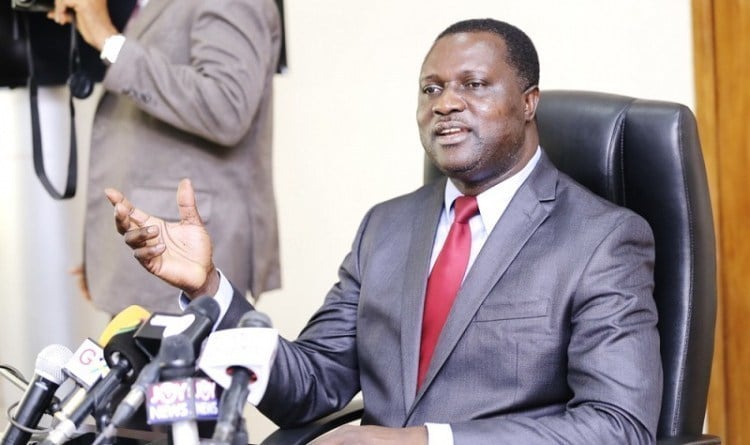