The President, Nana Addo Dankwa Akufo-Addo, has lambasted former President John Mahama for doing nothing to improve the lot of cocoa farmers during his tenure, but turning around to incite farmers against the current administration.

“I challenged the former President to show Ghanaians one policy his government adopted to boost cocoa production in the country,” the President said this yesterday at Daboase in the Wassa East District during his tour of the Western Region.

“He should stop shedding crocodile tears in front of cocoa farmers whenever he meets them,” he added.

Continuing, he said, “You did virtually nothing to increase cocoa production and when you meet cocoa farmers you behave as if you did something good for them. Stop shedding that crocodile tears!”

It would be recalled that former President Mahama recently visited some cocoa farmers in the Western North Region and stated, among other things, that his regime increased the price of cocoa yearly and put policies in place to make their lives better but the Akufo-Addo government had failed to follow those policies, thereby bringing hardship to the farmers.

Besides, he told cocoa farmers that the New Patriotic Party (NPP) government had suspended all cocoa roads initiated by his government, making road accessibility a headache for the people of the area.

Reacting to the former president’s claims, President Akufo-Addo said, “As the Cocobod CEO has told you, my government has introduced artificial pollination, pruning, motorized slashes and cocoa mass spraying, among others,” adding “all these policies are geared towards improving the lot of the farmers and boost cocoa production. He should tell Ghanaians the policies his government introduced.”

The President told the farmers that during President Kufuor’s regime, cocoa production increased from 750,000 metric tonnes to 1 million metric tonnes as a result of some prudent measures that were put in place.

He asserted that under the government’s Planting for Food and Jobs policy, about 550,000 coconut seedlings and about 1.6 million oil palm seedlings had been distributed to farmers in the region to help boost production.

On former President Mahama’s lamentations about deplorable roads in some parts of the region, President Akufo-Addo noted that the former president was not the right person to complain because he had his chance but did nothing to improve the situation.

“Do you remember when I complained about the poor roads here during the campaign, the former president said it was because I was sleeping that was why I couldn’t see the good roads he had done?” the President asked.

He appealed to the electorate to look at the good policies being implemented by the government and retain the NPP come 2020.

The CEO for Ghana Cocobod, Joseph Boahen Aidoo, who was with the President, told the farmers that the NPP government had been able to introduce cocoa Hi-Tech and cocoa fertilisers which were subsidized, and that currently cocoa production is hovering around 900,000 metric tonnes.

He said that Cote d’Ivoire which also adopted the subsidized fertilizer policy attained a record high of 1.8 million tonnes of cocoa from 1.1 million tonnes just when the Mahama administration introduced the free fertiliser programme but could not reach any meaningful target.

Wed Jul 24 , 2019
COCOBOD IN PERSPECTIVE – A STORY OF CORPORATE SUCCESS Cocoa is an essential cash crop and has been the main driver of many developing economies across the globe. Ghana is no exception, and it is credited as being the second world largest producer of cocoa. It is worth acknowledging […] 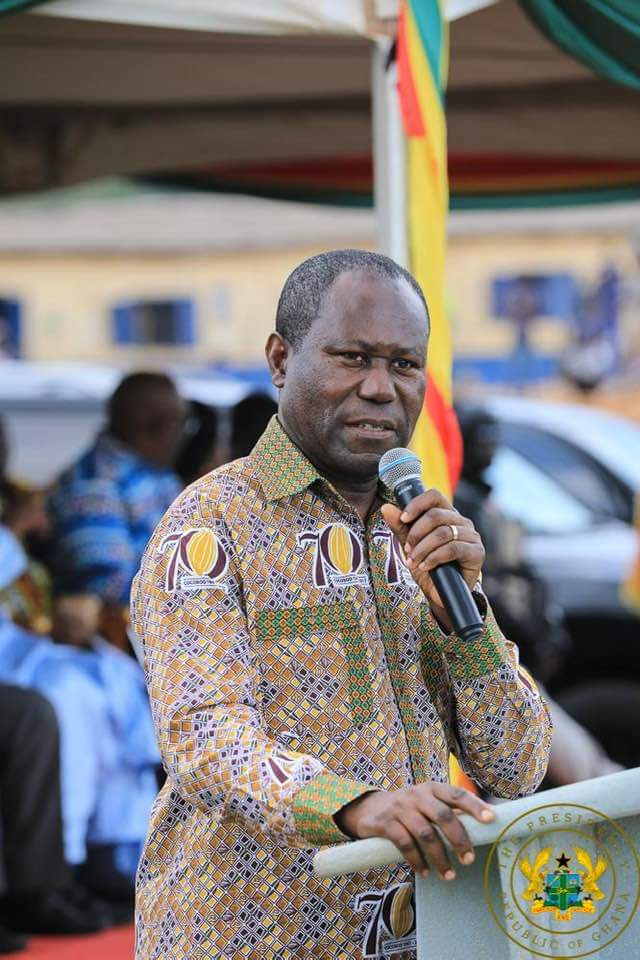