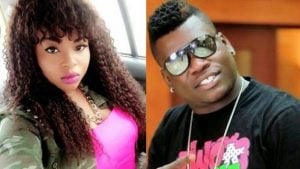 There have been conflicting reports as to whether the musician is still alive or dead at Ada towards the estuary where they were last seen.

But an Occultist and self-confessed undersea dweller, Obaatan-X says Castro is alive and kicking and currently based in ‘second heaven’ which is why he is not returning.

The Occultist who claimed to have given his life to Christ, told Fancy Di Maria in an interview on Angel Sunset Drive that, “Castro is still alive; he should have returned on 15th September 2016, but because of how sweet life is under the sea, he has decided not to come now; he is now fat and looking fresh”.

Obaatan-X, a failed musician insists he will return and it will shock everybody, contrary to speculations and prophecies that the ‘Odo Pa’ hitmaker has passed on.

Mon Aug 20 , 2018
The Ho Central Constituency of the National Democratic Congress NDC, has inaugurated a 20 member working committee -youth wing, in the regional capital yesterday. The ‘youth wing’ will coordinate activities and consolidate efforts in the organization of the youths within the constituency, right down through the branches to the zones. […]