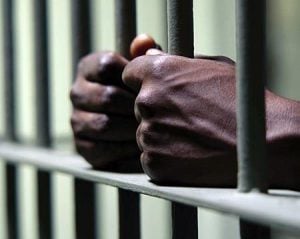 A Nigerian trader, Uchena Akposioha who allegedly defiled a 13-year-old girl in a hotel at Kwame Nkrumah Circle, Accra and left her to fate has been remanded by an Accra Circuit Court on Thursday.

Prosecuting Assistant Superintendent of Police (ASP) Agnes Boafo said the complainant is a driver residing at Bubuashie, Accra, and the victim is a pupil residing in Kumasi in the Ashanti Region.

ASP Boafo said Akposioha reside at Kwame Nkrumah Circle. On August 10, this year, the victim came to Accra to spend holidays with her brother known as Kwame and accused person offered to assist her trace her said, brother.

According to prosecution, the accused person left the victim to her fate after the act. When the victim’s brother met her at the VVIP Lorry Station, she narrated her ordeal to him.

Prosecution said the victim’s brother fished out the accused person and escorted him to the Police Station at Holy Gardens and lodged a complainant.

Later the accused person was transferred to the Nima Domestic Violence and Victim’s Support Unit.

The complainant was issued with a Police Medical Form to send the victim to the hospital for treatment.