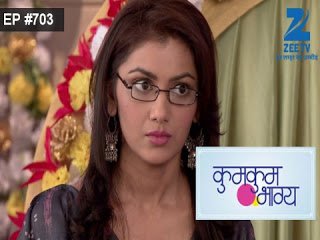 Fans have gathered in the western Indian city of Mumbai to pay their respects to Bollywood star Sridevi Kapoor, who died in Dubai on Saturday.Her body, which was flown back to India on Tuesday, is currently at the Celebration Sports Club near her home to accommodate the crowds.The funeral will be held later on Wednesday.The actress, 54, died “due to accidental drowning following loss of consciousness”, police said.She was found in a hotel bathtub.Known simply as Sridevi, the actress was considered one of the very few Indian female superstars capable of huge box-office success without the support of a male hero. She appeared in nearly 300 films over five decades.Large numbers of police have been deployed outside the star’s house, on the procession route and outside the Vile Parle Seva Samaj crematorium where the body will be taken. Thousands of fans are expected to turn out for the funeral.It had earlier been reported that Sridevi died of cardiac arrest while at a family wedding in Dubai.The full post-mortem report has not yet been released to the public and will be expected to explain how the original report of cardiac arrest and the listing of “accidental drowning” are linked.The actress had been in the United Arab Emirates to attend the wedding of her nephew, Mohit Marwah.Sridevi’s life on screen began when she was just four. She started her career in the south Indian film industry, acting in movies in all four major languages of the region.

She was cast in her first adult role at the age of 13 – that of a woman avenging her lover’s death.By 1978, she graduated to an extraordinary career in Bollywood, where although she knew neither the language nor the culture of the Hindi film industry, she became one of its biggest stars.She starred in classics such as Mr India, Chandni, ChaalBaaz and Sadma, becoming one of the only actresses to build a successful career in both south Indian and Bollywood films.

Sridevi was rumoured to be the highest paid in her field and her star power and charisma persisted for years to come.She decided to take a break from the film industry after her marriage to producer Boney Kapoor and the release of Judaai in 1997. She made a comeback in 2012, starring in English Vinglish.
Facebook
Twitter
Pinterest
LinkedIn