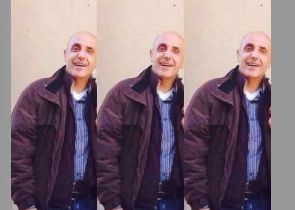 A Lebanese man has been shot dead shortly after he went to withdraw cash from the Bank at the Tema Industrial Area Wednesday morning.Gun-wielding armed robbers trailed the man popularly known as Alhaji after he left the bank at about 11:30 am in his Toyota Corolla vehicle.An eye witness told Myjoyonline.com the deceased’s car was blocked by the armed gang who then shot him and bolted with an amount believed to be 200,000 cedis.The witness said at least eight armed men in a car and on a motorbike carried out the attack.The deceased, believed to be in his early 50s, worked with Delta Agro, a soap-manufacturing company.The daylight robbery comes barely 24 hours after a similar incident at the North Industrial Area in Accra Tuesday morning.Four armed men stormed the Royal Motors at about 8:00am and fired guns, stole the company’s cash and run off with the CCTV recording.Wednesday’s incident which comes minutes after the Interior Minister, Ambrose Dery assured the nation, the security agencies have the situation under control, will heighten the growing fear and insecurity in the country