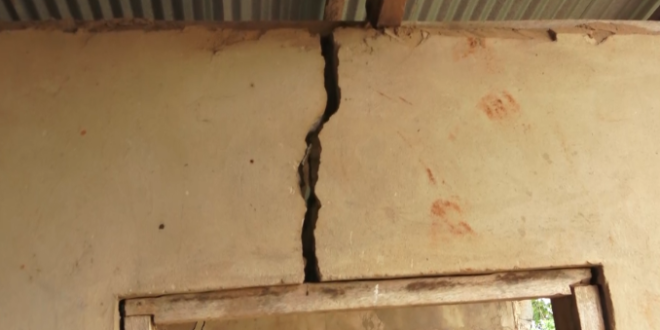 Pupils of Fawoman Dida Primary School in the Sekyere Central District of the Ashanti region want authorities to help construct a new classroom block for them, because part of their school building have collapsed and other portions have developed deep cracks.

A decent classroom block for pupils of any basic school in Ghana should certainly not be too much to ask.

But in a country where such basic needs almost become a luxury, it is really a big deal to find yourself in a befitting classroom especially in rural Ghana.

Pupils of Fawoman Dida Primary School in the Sekyere Central District of the Ashanti Region for instance, are not enjoying this priviledge as their classroom blocks have become death trap.

They are thus asking government to fix their dilapidated classroom blocks to enhance teaching and learning.

Fawoman Dida Primary School was established in 1962, and serves primarily two communities; Fawoman and Ohemaa Dida, all in the Sekyere Central District of the Ashanti Region.

Despite existing for over 50 years, very little has been done to refurbish it.

The school has no toilet facility, which leaves teachers and pupils with no option than to defecate in the bush.

The pupils and teachers are much more concerned about the state of their classrooms.

The structure housing some pupils in upper primary, which was built by community members some years ago, is also not in the best of shapes. 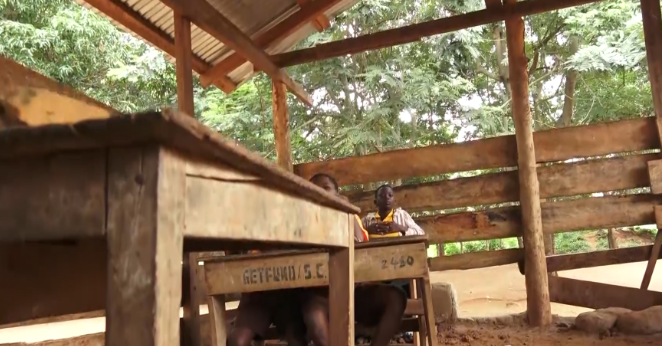 Portions of the building have collapsed, and deep cracks have developed in it, making it unsafe for its users.

Teachers and pupils are often stranded anytime it rains.

They say they live in constant fear that the building may collapse someday.

“There are a lot of cracks in our school building so anytime we go to our classroom, we are scared that the wall will fall on us. So learning is difficult for us. Government should help us,” a pupil appealed. 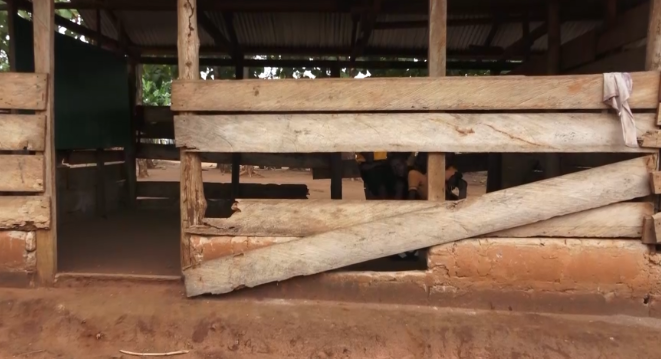 Yusif Suleimana, who studies in a wooden structure which was put up by teachers and residents, says the situation has affected academic work adversely.

“We sit in a wooden classroom with uncemented floors so we find it difficult to learn because when it is about to rain, we are forced to move out from our class”. 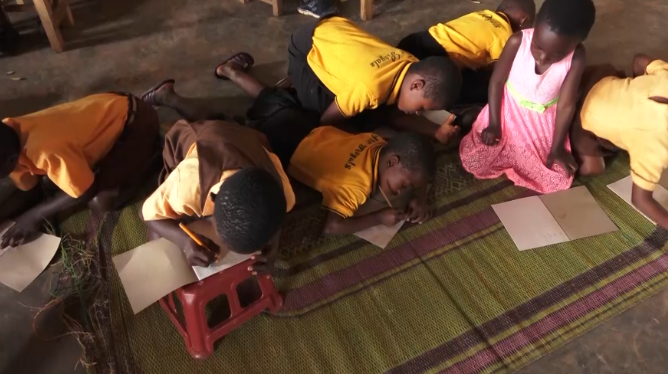 The Chief of Ohemaa Dida, Nana Kwarteng Ababio, says the three classroom blocks which were provided during the Rawlings regime, have not seen any renovation. These classroom blocks serve KG 1, KG2 and class one. There are only few chairs for the pupils, compelling parents to provide additional tables and chairs for their wards.

For the pupils whose parents don’t provide them with chairs and tables, they either sit on a mat or lie on their bellies on a mat to write in class.

Citi News’ checks further revealed a lack of textbooks and various learning materials. Teachers of the school declined to speak to Citi News for fear of sanctions by the District Education Directorate. The Chief of Ohemaa Dida, Nana Kwarteng Ababio, the Assembly member for the area, Maxwel Kwaku Frimpong and the PTA Chairman of the school, who spoke to Citi News, called on government to intervene.

The Director of Works at the Sekyere Central District Assembly, Owusu Osae who said he was not aware of the situation, described the classrooms as a death trap after seeing the videos captured by our cameras. He says his outfit will move in to evacuate the pupils from the structure, and make the necessary arrangements to renovate the building.