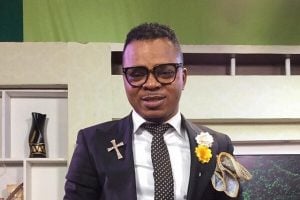 The GRA took the action for the Bishop’s non-payment of rent taxes over a block of 21 units of shops situated at Tema as well as the operation of Abroso Guest House.

Lawyer for the Applicant, Ralph Poku-Adusei in a Statement of Claim filed on behalf of Bishop Obinim is seeking nine reliefs from the Court.

– “A declaration that, the Plaintiff has paid all taxes due and demanded by 1st Defendant [GRA] from the Plaintiff in respect of rents taxes payable on the Twenty-One (21) shops for the period of 2014 to 2018 and that; he does not owe in taxes, the sum of Seven Hundred and Sixty-Nine Thousand, Ninety-Five Ghana Cedis, Eighty-Seven Pesewas (GHC 769,095.87) purportedly representing rents taxes payable on the Block of Twenty-One”.

– “An order to set aside and/or strike out the Garnishment Notice issued at 10 am, 27th day of June 2019 by the Commissioner – General of the Ghana Revenue Authority; 1st Defendant herein, directed at the 2nd Defendant [Fidelity Bank] to pay to the 1st Defendant the sum of Seven Hundred and Sixty-Nine Thousand, Ninety-Five Ghana Cedis, Eighty-Seven Pesewas (GHS769,095.87) as being unlawful”.

– “An order for perpetual injunction restraining the 2nd Defendant [Fidelity Bank] from placing lien on the Plaintiff’s bank accounts and from paying of any funds held in the Plaintiff’s bank accounts and fixed deposits to the 1st Defendant in respect of the Garnishment Notice issued at 10am, 27th day of June 2019 by the Commissioner-General of the Ghana Revenue Authority, 1st Defendant herein and in respect of any future Garnishment Notice in respect of the same rents taxes payable on the Block of Twenty-One (21) units of shops for the period of 2014 to 2018 and also payment of any Value Added Tax (VAT) due and owed by Abroso Guest House Limited (if any) without recourse to a Court order”.

– “An order directed at the 2nd Defendant [Fidelity Bank] to remove any lien and/or charge placed on Plaintiff’s funds in his bank accounts and all other fixed deposit investment held with the 2nd Defendant and make all/same accessible to the Plaintiff as well as Punitive Damages against the 1st Defendant for unlawful issuance of the Garnishment Notice”.

The GRA on the 18 December 2018 wrote to Bishop Obinim demanding payment of alleged tax liability of the sum of GHS719,890.00. GHS 28,990.00 of the said amount the GRA said represents Rent taxes for the period of 2014 to 2018 on a block of 21 units of shop situated at Tema and owned by Bishop Obinim and the remaining GHS690,900.00 the GRA said represents Total Value Added Tax (VAT) charged for the period 1 January 2016 to 31 July 2018 from the business operations of Abroso Guest House Limited, a separate Limited Liability corporate entity which is not under the management of Bishop Obinim.

The Plaintiff states however that, prior to the issuance of the above stated demand letter dated 8th December 2018; on or around July 2018, upon the intervention of Economic and Organised Crime Office (EOCO), GRA conducted audit and assessment on him in respect of the same rents taxes payable on the same 21 units of shops situated at Tema and the Abroso Guest House to ascertain the accuracy and reliability of the Plaintiffs tax returns submitted for assessment for the relevant periods being 2014 to 2018.

As a result of the said audit exercise, the GRA concluded with Bishop Obinim that, the Plaintiff tax liability for the period of 2014 to 2018 in respect of rents from the block of 21 units of shops was the sum GHS39,555.00 and further that; Abroso Guest House is a separate entity not under the direct control of Bishop Obinim. Subsequently, payment of all outstanding rent taxes owed and due have been made and GRA Taxpayers receipts numbering nine have been issued to them accordingly.

It was therefore surprising that Fidelity Bank denied him access to his funds on the 3 June 2019 when he attempted to access same because it has received a demand notice in a form of Garnishment issued by the Commissioner General of the GRA compelling them to prevent him from accessing his personal funds of some GHS769,095.87. 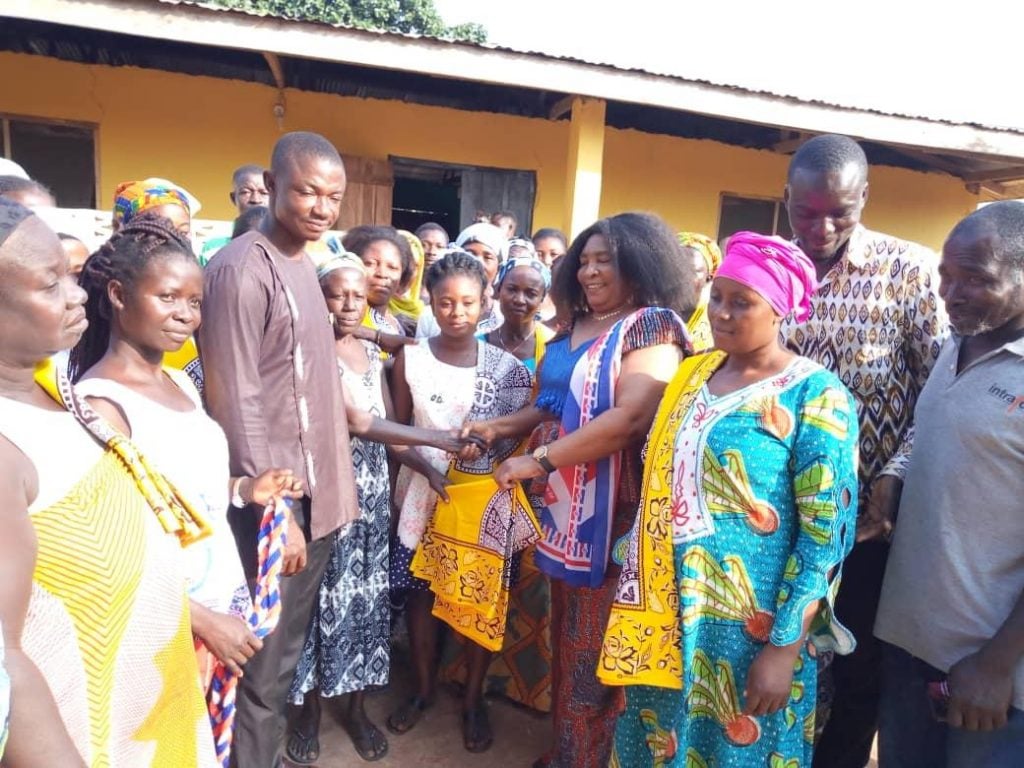