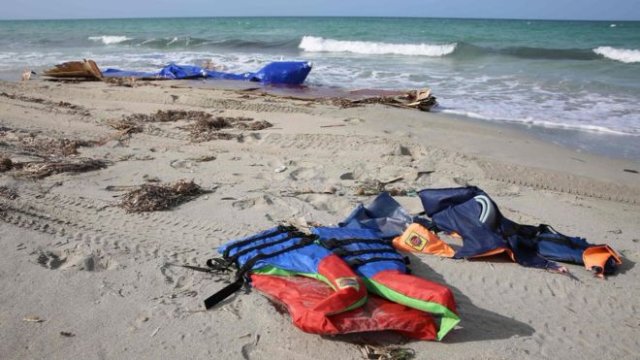 Ninety migrants are feared drowned after a boat capsized off the Libyan coast, says the UN’s migration agency.

Three survivors said most of those who drowned were Pakistani nationals. Libyans were also aboard.

Libya has for years been a major transit route for migrants trying to reach southern Europe by sea.
EU countries have wrangled over both reducing migrant numbers and
deciding which countries are responsible for processing migrants on
arrival.

The EU struck a deal with the Libyan coastguard last year to help intercept migrants and return them to Libya.

But aid agencies and the UN accused European governments of taking an “inhuman” approach.

From a boat carrying more than 90, only three survivors are reported –
two of whom managed to swim to shore while the third was picked up by a
fishing boat.

“Ten bodies are reported to have washed up on Libyan shores,” the International Organization for Migration (IOM) said in a statement.

Unusually, there were also Libyans among the dead and survivors of
the shipwreck, reports the BBC’s North Africa correspondent Rana Jawad.