Sources close to the family, which confirmed the news, said the MCE died on Thursday after a short illness.

Ms Mann-Dedey, who died on her birthday, was appointed by President Akufo-Addo in 2017 as the MCE to head the district.

She worked tirelessly to stop corruption among revenue collectors in her jurisdiction, discouraged the purchase of illegal lands by unscrupulous people, encouraged property rate collection and ensured a clean environment in the area.

The La Dade Kotopon Municipal District was carved out of the Accra Metropolitan Area in 2012.

Sat Jun 8 , 2019
Renowned Chief for Kwanwoma, a community located within Atwima Kwanwoma District of Ashanti Region, Nana Amponsah Kwaah IV has lobbyed for the provision of ten separate laptops and accessories to students of Kwanwoma D/A and Aburaso Methodist Junior High Schools. The laptops which numbered up to 20 were solicited […] 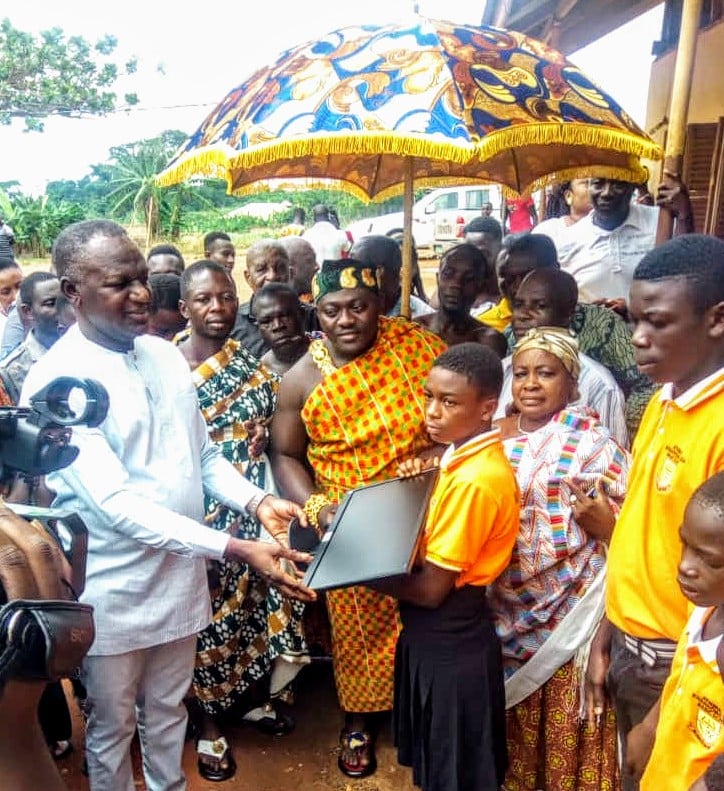