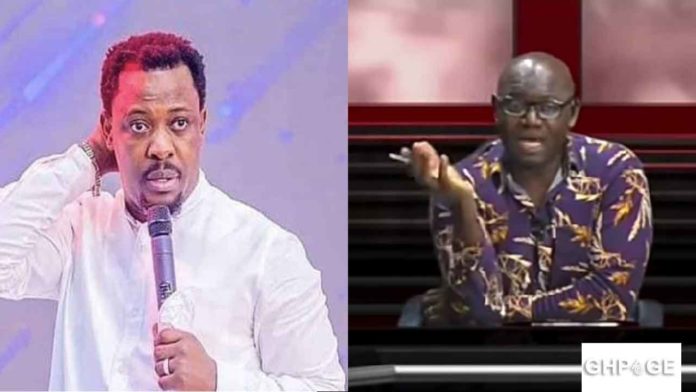 Justice Kweku Annan, the host of ‘The Seat’ programme on Net 2 TV, is threatening to sue Prophet Nigel Gaisie over accusations of blackmail and extortion.

The Head Pastor of Prophetic Hill Chapel is on record to have said that the journalist occasionally demands a ransom between GHC500 and GHC1,000 from men of God in exchange for shelving their secrets.

Videos and audios of his interviews with some radio stations have since been widely shared on social media and news blogs.

Mr Annan denies all the allegations.

In a letter dated, May 10, 2021, the television personality, through his lawyers said the “unlawful and defamatory utterances” have brought “his good name and hard-won reputation into ridicule and indeed lower his estimation in the eyes and minds of right-thinking members of the society, home and abroad.”

Base on these, he is demanding unqualified apologies and retraction of all the allegations made against him by the preacher within a five-day ultimatum.

Mr Annan said he would resort to other legal recourse if his demands are not met.

Tue May 11 , 2021
The Government of Ghana (GOG) has been cited in a corruption risk assessment report by the Community Development Alliance (CDA-Ghana) and the Commonwealth Foundation, for spending over US$2.1 billion COVID-19 cash on corrupt deals. According to the 67-page report dubbed ‘Strengthening COVID-19 Accountability Mechanisms (SCAM)’ and available to GhanaWeb reveals a number of […]