• Candidate Akufo-Addo had promised to among other things fight corruption, galamsey when given the nod but some say he is doing otherwise

After months of campaigning amid COVID-19, Ghanaian voters gave President Nana Addo Dankwa Akufo-Addo a second term in office in December 2020 but nearly 130 days into the four-year tenure, the government has been plagued with what has been described as ‘abject hardships.’

Like the Israelites who cried to Moses that it would have been better to perish in Pharaoh’s Egypt than to die in the wilderness, it has gotten to a point where ‘the high cost of living’ has driven large sections of Ghanaians to regret their decision of maintaining the government in office.

It has been said by critical citizens that the New Patriotic Party, NPP, government has been characterized by broken promises, gross conflicts of interest, economic hardships, non-accountability, among other un-democratic norms.

These events have somewhat triggered the measure and comparison of progress between the then John Dramani Mahama-led administration and the current Akufo-Addo government.

With that being said, GhanaWeb has compiled a list of the top incidents that have made Akufo-Addo government unpopular in its second term.

It seems consumers of electricity across the country who have been grappling with prolonged and intensified power outages over the past few months have become fed up.

Although the incessant ‘dumsor’ challenges have been attributed to transmission and distribution challenges, the government has been accused of deliberately destroying the legacy of former President John Dramani Mahama whom according to some Ghanaians left behind a stable energy sector.

It has gotten to a point where the Electricity Company of Ghana has published a load management timetable to manage what has been termed a ‘temporary load shedding’, an explanation many find unconvincing.

After Sam Jonah’s speech which triggered a national debate on the culture of silence in the coutry, a wide section of Ghanaians including the opposition National Democratic Congress, NDC and others have decried what they term as the return of a ‘culture of silence’ under President Nana Akufo-Addo.

They have described as astonishing how a large number of individuals and civil society organizations that used to speak up against social ills have all gone mute under President Nana Akufo-Addo despite the rising cases of corruption, killing and torturing of journalists, and worsening economic downturn in the Ghanaian society.

According to them, the attacks directed at people who share views that do not favour the sitting government have necessitated ‘the silence’ in recent times.

Domelovo was retired by President Akufo-Addo almost two years after an Auditor General’s findings in 2019 accused the government of paying a private firm, Kroll and Associates US$1 million for no work done.

Domelevo during his tenure indicted the Ministry of Finance and the Senior Minister, Mr. Yaw Osafo-Maafo accusing them of contracting Kroll Associates in 2017 to recover assets from identified wrongdoers; investigate allegations of wrongdoing among others. They are said to have paid the company an amount of US$1 million (equivalent of GH¢4,890,000), yet there was no evidence of work done.

Following what has been termed by many as a ‘premature retirement’, some section of Ghanaians believe that government deliberately pursued Domelovo and ousted him from office after he exposed corrupt deeds in government.

The #FixTheCountry campaign which started on social media commenced abruptly against economic hardships in Ghana.

With the main aim of holding politicians to account, angry young citizens who are of the view that the change they voted for has not materialized, took to social media to vent their spleen on the Akufo-Addo led government.

Protesters nationwide cited inconsistent power supply, lack of water in some parts of Ghana and the damage to our water bodies because of galamsey activities, economic hardship and other good governance and accountability demands as the drive of their campaign.

The small-scale illegal mining practice that has left the country’s land and water resources destroyed, has been of great concern to Ghanaians in recent times.

With many accusing government of doing little to resolve the situation, others believe that the future of the ruling New Patriotic Party (NPP) government will heavily depend on their success with the current fight against galamsey.

It can be recalled that some ‘big men’ from the ruling New Patriotic were indicted in the ‘galamsey’ business which is allegedly destroying the natural environment all in the name of finding gold.

This was displayed in a viral video days after some 500 excavators seized by the Operation Vanguard team were reported missing.

It is in this light that Ghanaians have mounted pressure on government to find all means possible to combat ‘galamsey’ which has intensified in recent times. 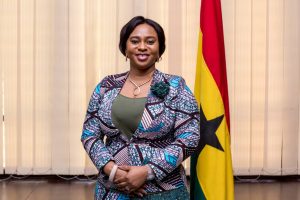