Former signee of Sarkcess music, Strongman Burner, who recently had a lyrical feud with AMG signed rapper, Medikal has in a recent tell all interview revealed how people close to Fella Makafui and Medikal offered to give potentially dangerous information about the duo.

It would be recalled that a couple of week ago a very intese lyrical feud ensued between Former Signee and protégé of Sarkodie, Strongman Burner and Omo Ada hitmaker Medikal.

This was as a result of Medikal declaring himself the saviour of rap music in Ghana. This declaration sparked an outcry in the entertainment fraternity as many viewed the proclamation as a blasphemy considering the Medikal had made little or no contribution to rap music in Ghana.

Fast forward to now, after the feud Strongman granted popular Tv personality Deloris Frimpong Manso aka Delay when he on the interview Strongman revealed that he he had so much information about Medikal’s girlfriend, Fella Makafui but he decided no to use it against Medikal because his girlfriend Nana Ama pleaded with him not to use it.

He also revealed that people close to Medikal and Fella called him to give him more dirty secrets about Fella so he could add them to his punchlines but he declined.

Tue Jul 23 , 2019
Nana Kwame Wiafe, popularly known as Nana Wan, the famous alleged Sakawa guy has expressed his interest in standing for the position of member of parliament of Ghana. In a press statement released by the management of the popular alleged Ghanaian fraudster and alleged ritualist has expressed interest in contesting […] 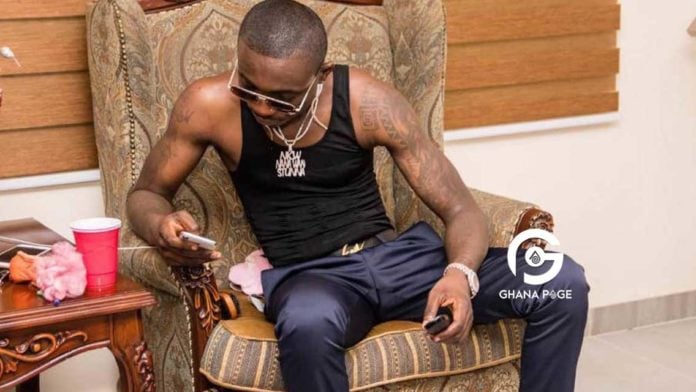