Going into details as to how the feature has boosted his music career he said;

“A lot of producers around the world have contacted me with most saying that they like my voice. It was after that I listened to my voice well and I realized that I sound like Celine Dion,”

Shatta Wale is indeed a hilarious character as we all know that his croaky sounds nothing like Celine Dion’s silky smooth voice.

Tue Jul 23 , 2019
Former signee of Sarkcess music, Strongman Burner, who recently had a lyrical feud with AMG signed rapper, Medikal has in a recent tell all interview revealed how people close to Fella Makafui and Medikal offered to give potentially dangerous information about the duo. It would be recalled that a couple […] 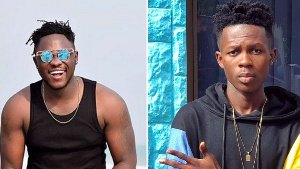