I voted against Amidu – Suhuyini 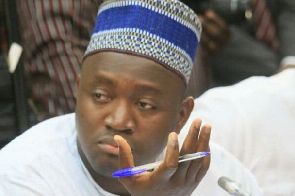 The Tamale North Member of Parliament (MP), Alhassan Suhuyini has disclosed that he is the only member on the Appointments Committee who voted against the nomination of Mr Martin Amidu as Special Prosecutor.

This sharply contrasts the report that the committee unanimously approved Mr Amidu’s nomination after the seven hour vetting.

Speaking on personality profile on Accra-based Joy FM, Mr Suhuyini explained that even though the citizen vigilante qualifies to occupy the office he is simply not suitable.

“With the vetting of Martin Amidu, all minority members on the committee voted for him, all majority members voted for him but I voted against him. I think that he’s very competent for the office but I don’t think he is suitable,” the lawmaker stated.

Meanwhile, Mr Amidu believes he is he right person to occupy the Office of the Special Prosecutor since he has been a very meticulous man throughout his public office life “and that is why if you want anybody who will be meticulous in investigating and prosecuting, the president has made the best choice for you.”

Mr Amidu made the comment when he appeared before Parliament’s Appointments Committee on Tuesday, 13 February.

He, thus, told the committee that “if you want anybody who will look the other way, just disapprove me”.