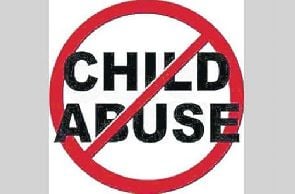 A 42-year-old Nigerien is in the grips of the Wassa Akropong District Police for allegedly sodomizing a seven-year-old boy.The victim according to reports lives in the same neighbourhood with the culprit whose name has been given as Yakuba Abedu and was sent together with his brother to buy him pure water.Upon their return, the culprit sent the boys to get him other items when their elder sister entered her room to watch movies. According to the victim, when they came back from their errands, he entered the Yakuba’s room to the deliver the items. Unfortunately, Yakuba grabbed his victim, took off his clothes and inserted his manhood into the 7–year old’s anus and had anal sex with him.After his illegal act, Yakuba gave out GH¢1 to the poor innocent boy and warned him not to disclose the act to anyone.However, after some days, the little boy could not attend to nature’s call and subsequently reported the incident to the parents. They lodged a complaint with the Wassa Akropong District Police Station and Yakuba Abedu was picked up for interrogation and later remanded after it was confirmed by the Wassa Akropong District Hospital. The culprit also confirmed his heinous crime to the police. The suspect will be arraigned before Tarkwa High court Monday, Feb 19. Hospital authorities gave out medication to the victim but advised that he return to the hospital after three months for an HIV test.

Ebony’s friend Franky to be buried on March 3

I voted against Amidu – Suhuyini