GNPC $43MILLION CSR BUDGET NOT ENOUGH FOR WESTERN REGION ALONE. SO WHY IS IES, OTHERS AGAINST IT? 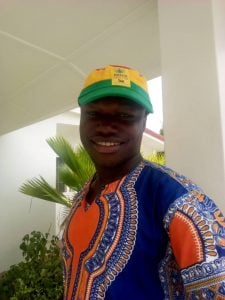 Lessons from oil producing countries have revealed that the root cause of oil related conflicts are underdevelopment of the communities and members of oil find locations. Most community members have lost their source of livelihood resulting from oil related activities, increase price of goods and services yet are not properly compensated for with jobs, infrastructure or alternative livelihood.

Inhabitants of Western Region had huge expectations about our oil discovery yet are very disappointed. Little have been done in terms of employment, infrastructure development and provision of alternative livelihood for the displaced people.

Until 2017, GNPC invested huge sums of money in Black Stars etc. instead of investing it in the people and infrastructure to compensate them for the risk exposed to the people of Western Region as a result of the oil related activities. It been 8years of producing oil from Cape Three Points yet the communities lack basic social infrastructure

There huge gap created over the years requires huge investment to deal with it. So for IES to sit in Accra and make noise is heartbreaking to the people of Western Region. Is IES saying communities in oil related areas don’t deserve huge investment from the risk they have taken to host oil installations? Have they forgotten Niger Delta crises They should visit Ahanta West, and other Nzema communities and see how fishermen have been rendered jobless, youths have been excluded and the poor nature of their infrastructure.

I urge GNPC to pay much attention to Ahanta West, Nzema East, Ellembelle and Jomoro since they are the most affected districts rather than spreading their investment thinly nationwide.

IES and other CSOs kicked against moving GNPC headquarters to Western Region and once again kicking against CRS budget of GNPC which benefits Western Region most. IES, ACEP and other think thanks should channel their energy on efficient and effective utilization of the CSR money to uplift the living standard of the oil find communities.