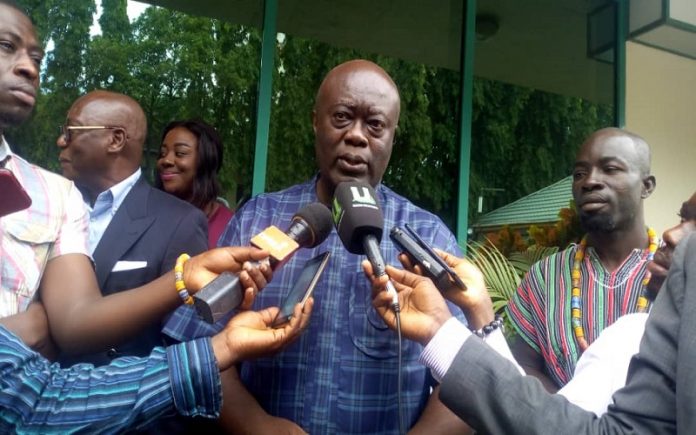 GIHOC Distilleries Company Limited, a state-owned manufacturer of distilled and alcoholic beverage brands, has outlined plans to set up five fruit based alcohol plants, known as Sandarization Depots, under the One-District-One-Factory (1D1F) initiative.

The factories are to be located in five selected agricultural communities in the country namely Techiman, Goaso, Nsawam, Bibiani and Agogo.

Managing Director of the GIHOC Distilleries Companies Limited, Maxwell Kofi Jumah, who outlined this plan at a stakeholder engagement on Insurance for 1D1F Business Promoters in Accra, Thursday, said the yet-to-be constructed factories will transform discarded or rotten fruits into alcoholic drinks and wines.

He believes that the initiative GIHOC is about to embark on will offer thousands of employment opportunities for the unemployed youth in the value chain.

“It is the various value chain activities of a factory in a district that will create real sustainable jobs for the youth. Because of the benefits to be delivered, GIHOC has positioned itself to participate in the 1D1F initiative. GIHOC envisages to set up five fruit based alcohol plants (Sandarization Depots) depending on the availability of discarded fruits – wherever we have more fruits, we need the youth to go and gather them, wash them and sanderize it (take it to the milling machine) and bring it to us. We are the off takers, we will buy everything that you produce because the alcohol that you get from these fruits are the best and GIHOC we are committed to do that and we are lucky we have the support of 1D1F”, he noted.

According to Mr.Jumah, Ghana is endowed with fruits because of the nature of the climate, stressing that these are one of the few places in the world where fruits are in abundance.

“In alcohol business –there are three types; we have the molasses made from sugarcane, grain alcohol made from grains and sometimes from cassava – this is the most popular alcohol used all over the world. Almost 70 percent of the fruits go to waste given that the country has them in abundance. It is in this light that GIHOC intends to leverage on it”, he explained, insisting that the best alcohol is the one made from fruits.

Commenting further, he said piloting of the project has already been done and the outcome very encouraging.

On her part, the National Coordinator of the 1D1F, Hon. Gifty Ohene-Konadu, welcomed GIHOC’s decision to set up these fruits plants indicating that the impact in localities will be enormous and that government is open and will continue to support companies and institutions to grow.

Ghana exports most of its traditional and non-traditional commodities in their raw state for which the economic benefits to the country and its farmers are very low.

Data from the Ghana Export Promotion Authority (GEPA) shows that Non-Traditional Export (NTE) earnings in 2017 amounted to US$ 2.557 billion, representing 3.81% increase over the 2016 performance of US$ 2.463 billion.

On the average, the NTE sector earnings have been growing at an annual rate of 1.22%, with cocoa derivatives contributing significantly to the 2017 kitty.

The contribution of the NTE sector to the overall merchandise export of Ghana was 18.37% in 2017, a tapered performance compared to the 20% in 2016.

The Non-Traditional Export sector is made up of three sub-sectors, namely: Agriculture, Processed/Semi-Processed, and Industrial Art & Craft sub-sectors

Fri Jul 19 , 2019
NUGS supremacy Awards Nomination form has been made free to all students on the 15th of July 2019 by the Awards Committee chairman Otuo Acheampong Rabbi According to the Press Release signed by thePresident of the Union H.E Tinkaro Asare Osei stated that the forms has been made free to help […] 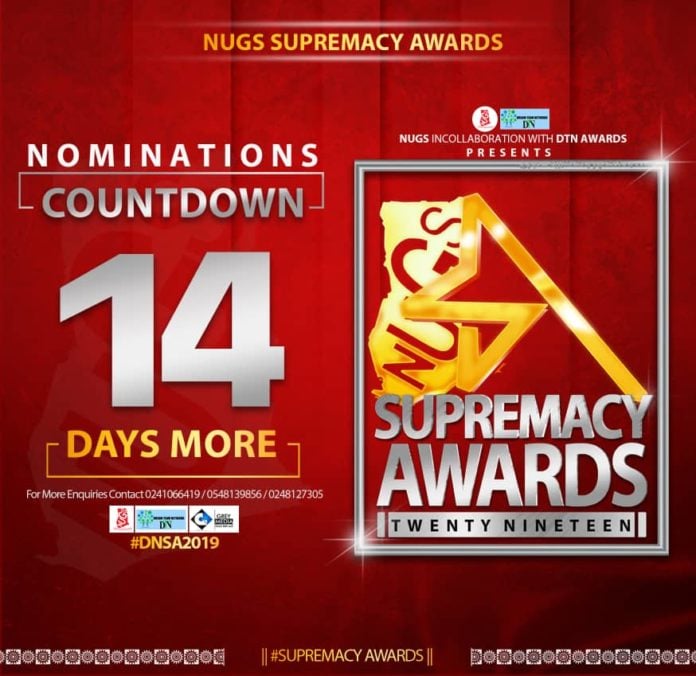