The Vice President of the Republic of Ghana, Dr Mahamudu Bawumia has finally waded into the ongoing #FixTheCountry campaign.

In a long statement released by the government, the Vice President indicated that the Akufo Addo-led government is working tirelessly to improve the lives of Ghanaians.

According to Dr Mahamudu Bawumia, the NPP government took over a failing economy from the previous administration.

He further stated that they have worked hard to revamp the economy and also improve the lives of Ghanaians.

The Vice President also made a list of 70 National problems and enumerated how the government is fixing these problems.

“Dear Friends, OUR RECORD OF FIXING PROBLEMS We are four months into our four year mandate. The job of government is to fix problems. This is what we have been doing since 2017. The COVID-19 pandemic has slowed down the global economy and caused increases in prices of commodities such as oil, cement and iron rods as well as overall cost of shipping. Nevertheless, it is very important to place the performance of our government over the last four years after inheriting an economy with “no meat on the bone” on record. Ours is a government that listens and cares. The facts and data speak for themselves. Trust President Nana Addo Dankwa Akufo-Addo#HeIsFixingIt”, the statement read.

This comes after Ghanaians especially the youth called out the ruling government to solve the numerous problems in the country with the hashtag #FixTheCountry.

Fri May 7 , 2021
“For the first time, Afia Schwarzenegger has done well. She made a lot of sense. We should fix our attitude before we even talk”. He blasted other celebrities who are trying to defame the government. For the first time in a long while, Kennedy Ohene Agyapong, the Member of Parliament […] 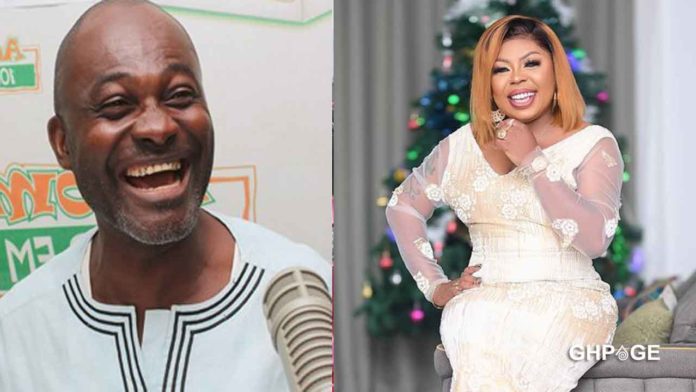