Co-chair of the Citizen’s Movement against Corruption says concerns raised by the Martin Amidu about the interferences he is experiencing in his work, should not be taken lightly.

Edem Senanu who claims to have absolute confidence in the Special Prosecutor said, had there not been any such developments, the man who has been tasked to fight corruption, would not have complained.

His comments come after Mr. Amidu in yet another of his epistles, alleged that heads of state institutions are deliberately impeding the mandate of his office.

According to the Special Prosecutor, some heads of institutions refuse to comply with laws designed to ensure good governance and to protect the national purse.

“Heads of institutions wantonly disregard statutory requests made by the Office for information and production of documents to assist in the investigation of corruption and corruption-related offences, in spite of the fact that the President has on a number of occasions admonished them on such misconduct.

For him, the complaint smacks of an officer who is incapable of carrying out his duties and is blaming it on other people.

“The proper quarters to lodge a complaint is not through the public space,” he said on Joy FM’s Top Story, Tuesday.

Contributing to the discussion on the same programme, however, Edem Senanu sees nothing wrong with the Special Prosecutor’s conduct.

He believes by this outburst, Mr. Amidu is raising red flags that should not be ignored.

“He (Amidu) is saying ‘Mr. President, you have given me your support, put me in this position and I am ready to act but you have some people around you and at different levels of government who are not acting swiftly to make sure that the mandate you’ve given me is fulfilled.’

“When I recall how president Atta Mills indicated that he had given instructions regarding the non-payment of various judgment debts and yet they were paid…I have found that we appoint people well-intentioned as presidents but we need to understand that the people around them and at different levels of government, can become hindrances and obstacles to the delivery of what the people of this country expect,” he added.

Mr. Senanu wants the country’s governance architecture revisited to determine whether it delivers on the promises that citizens want.

“I think that Mr. Amidu is pointing out that there is a problem…he is trying to prepare the grounds for further action,” he said.

Wed Jul 17 , 2019
The Electoral Commission says a total of about 1.2million new voters were registered under the limited voter registration exercise which ended last week. Out of that number, the registration of 8500 new voters were challenged. According to the commission, the 1.2million figure was provisional since it was still […] 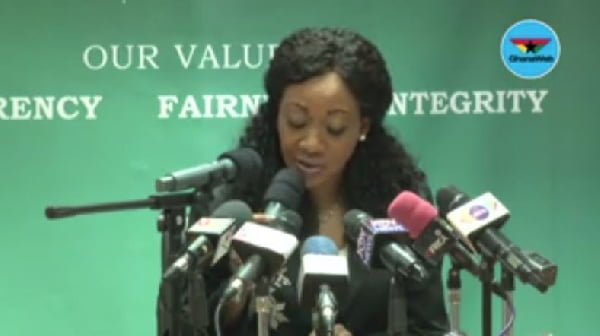