Controversial prophet, Emmanuel Badu Kobi has revealed that veteran musician, Yaw Sarpong has been marked for death in 2020.

He made this revelation when the musician and his group (Asomafo) joined his congregation for a prayer meeting.

Yaw Sarpong who ministered at the event expressed his appreciation to the prophet for what he did for him when he fell sick some years ago, adding that he would have been in a better position after 42 years in the music industry if he had met people like Prophet Badu Kobi earlier.

After the musician and his team had left, Badu Kobi asked one of his members to tell Yaw Sarpong to come and minister again the following day so he can deliver him from the clutches of death.

He said “when he was standing on the stage singing, you saw him singing but I saw a coffin. I saw him go through this year but as we entered 2020, he began to grow lean and he was rushed to the hospital but Ghanaians heard the news of his demise but I won’t allow it happen”.

The Founder and Leader of the Glorious Wave Church International added that he saw Yaw Sarpong turn into skeleton whilst he was singing, explaining that “if you see someone turn into a skeleton in the spiritual realm it means the person is about to die”.

Prophet Badu Kobi told his congregation that the musician’s time for death is not yet up.

Thu Aug 1 , 2019
A polling station chairman of the New Patriotic Party in Asante Akyem North Constituency, Kassim Awudu has cursed the Member of Parliament (MP) for the area, Lawyer Andy Appiah-Kubi, the constituency Chairman Sampson Agyei, William Aboagye and other constituency executives for suspending him from the party. According to […] 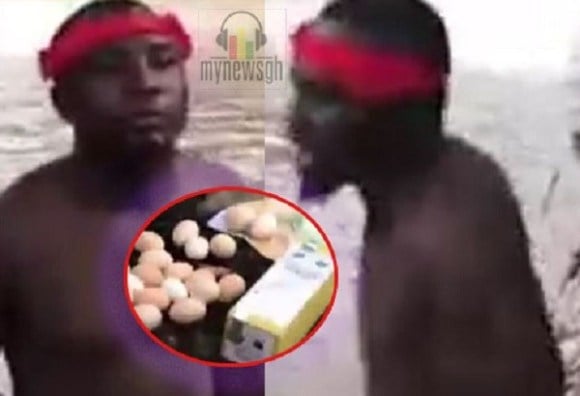