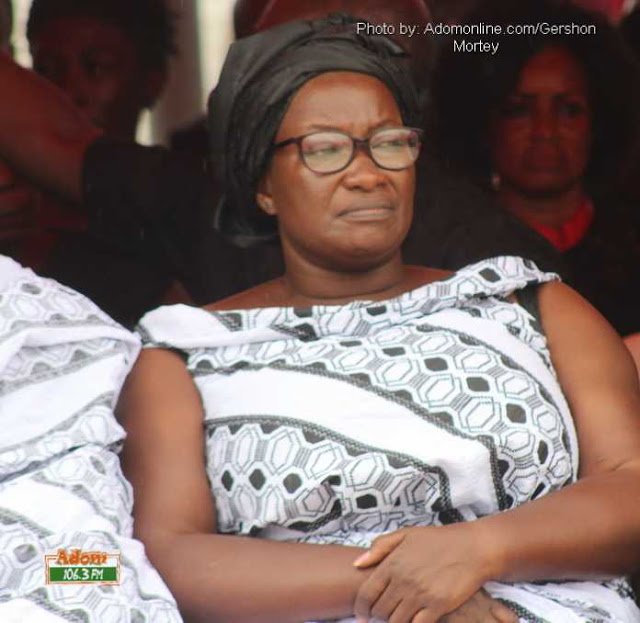 The mother of Ebony, Beatrice Oppong has been hardly hit by the untimely death of her daughter. Madam Oppong, since the tragic February 8, 2018 accident, has been heard and seen wailing in various clips which surfaced on the internet.
But at the one-week observance of Ebony on Sunday, February 18, the mood of the bereaved mother was better than it has been.
Ebony’s mum and her dad Looking a bit cheerful, Madam Oppong seemed to have found some solace in her daughter’s song, ‘Maame Hw3’.
She got on her feet and joined fans as they sang the hit song along with the live band which was performing at the ceremony. Ebony died on the Sunyani-Kumasi Highway while returning to Accra from Sunyani. All the people in Ebony’s, except the driver, died in the accident.
Having been, literally, the last person to have seen Ebony before the accident, the mother’s grief was to expected. It is therefore quite comforting to see Ebony’s mother in a relatively good mood since the musician died.
Ebony’s family has scheduled her burial and funeral rites for March 17 in Accra.
Watch video:

Kennedy Agyapong sends proposal to Gov’t on how SOEs should…