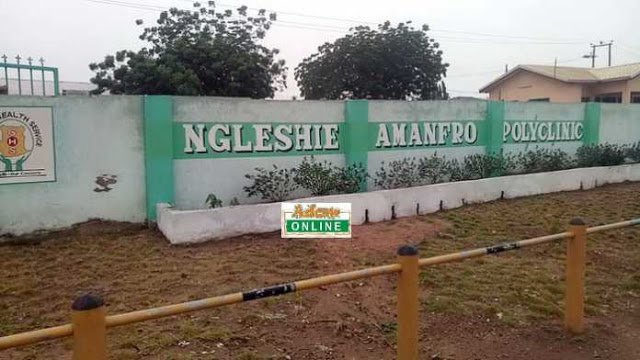 A man believed to be in his late 30s has been struck dead by thunder at Ngleshie Amanfrom in the Ga South Municipality of the Greater Accra Region.
Adom News’ Kofi Adjei who disclosed the incident on Asempa FM’s Ekosii Sen Tuesday said the unfortunate incident happened during a heavy downpour in the town Tuesday afternoon.

He said the unidentified man was on his way home after purchasing some items for his house when he met his untimely death.

Over two hundred (200) residents at Amanfrom, he reported, have been injured as a result of the heavy downpour.
Some residents who spoke to our reporter revealed that Tuesday afternoon’s rainstorm ripped off the roofing of over 500 school block including 4 government schools.

Residents say the roof fell on a nearby house destroying a wall and part of the roof of that house.

The National Disaster Management Organisation in the district have arrived in the town to fix the problem.
Meanwhile, the deceased as well as the injured have been sent to the Amanfrom Polyclinic.
Some more photos of the incidence below

I used my boobs to win special contracts – Stephanie Benson